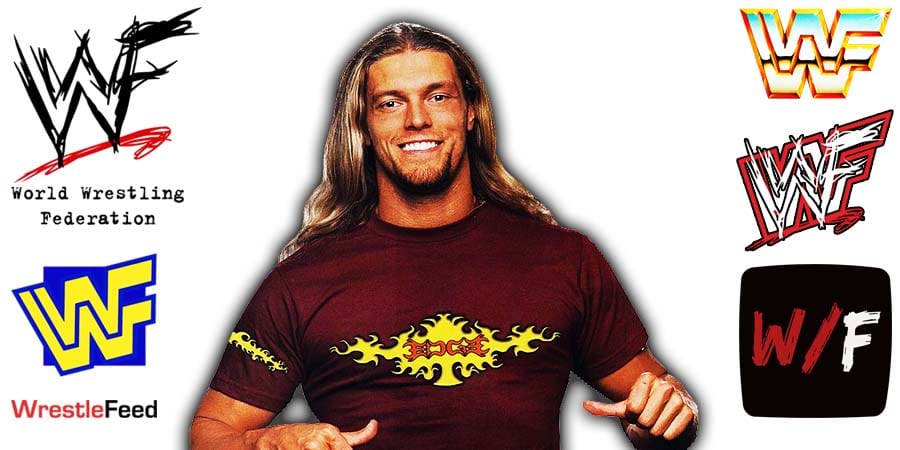 At the New Year’s Revolution 2006 PPV, Edge cashed-in the 1st ever Money In The Bank contract and defeated John Cena to win his 1st WWE Championship.

The next night on RAW, Edge had a live $ex celebration in the ring with Lita, which drew huge ratings and led to Edge cementing his legacy as the “Rated-R Superstar”.

Former WWE writer Christopher DeJoseph appeared on Stories With Brisco & Bradshaw and revealed how this idea came up:

“Edge had just won the Title from John Cena and cashed-in the Money in the Bank.

We were in a meeting with Vince and he said, ‘Well, what would you do if you won the Title and you’re Edge?’

And I said, ‘I would have $ex with my girlfriend in the middle of the ring for everybody to see.’

So that’s kind of how that live $ex celebration thing happened.”

Also Read: Lita Claims WWE Threatened To Fire Her If She Refused To Get In Bed With Edge Live On RAW

CHECK OUT: Best Quality Shot Of Lita’s NipSlip From This Segment:

The Minnesota Wrecking Crew vs. The Mulkeys