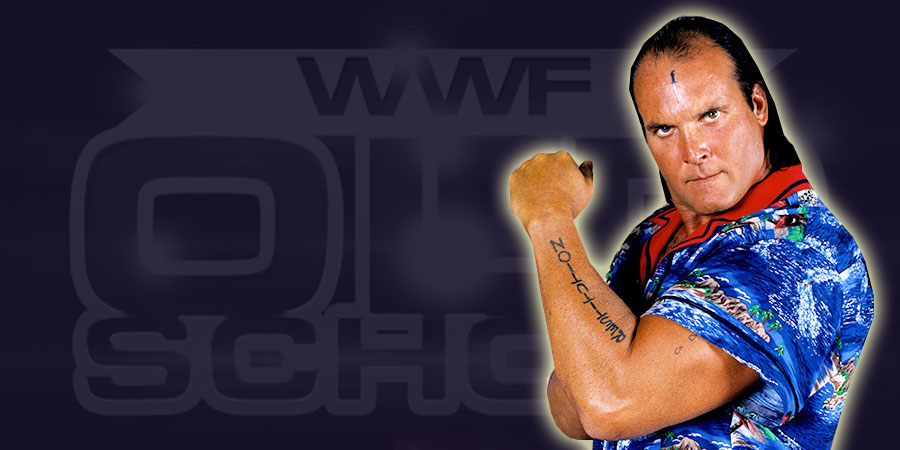 Former WWF & WCW wrestler Dan Spivey (he was brought in to team with Mike Rotunda as The U.S. Express after Barry Windham left WWF) had the following to say about the recent lawsuits against WWE by former pro-wrestlers:

“To my fans, I am sure you have seen posts regarding former WWF/WWE Superstars who are taking part in a law suit against Vince and the WWE. The suit is in regard to injuries incurred, wrestlers forced to work hurt and forced to take pain medication and steroids. I just wanted to let you all know my opinion about this law suit, which simply put, I don’t agree with it.

I got into wrestling because I loved it. I wanted more than anything to be a WWF/WWE Superstar. Did I get injured? Yes. 6 hip replacements, neck fusion, knee replacement, plus a few other minor injuries, but I was never forced to work hurt and these never stopped me from living my dream. Did I work 7 days a week? Yes, because in the 80s thats what you did to be the best at what you loved. Because of the WWF/WWE I traveled the world, I became a household name, and loved it!
Did I have an addiction to drugs and alcohol? Yes, but not because of wrestling, but because of me. I can tell you, 6 years later I am clean and sober…because of the WWE. The WWE has a program in place where former WWF/WWE Superstars can go to a rehab facility, all expenses paid, no questions asked, which I was able to take advantage of. The WWE has had this program in place since 2007.

Because of the WWF/WWE they allowed me to live my dream and then helped to save my life. I have no regrets or ill feelings, I am grateful for the WWF/WWE for giving this good ole country boy a chance to live his dream. Again, I don’t agree with the law suit, and I wanted you my fans, who have been faithful to me and continue to keep the name Dan Spivey aka Waylon Mercy alive, to know my opinion in this matter.
There were a lot of good hands that never got a chance to work for the WWF/WWE, and part of the law suit is that they want to form a union. For every guy that would walk out, there would be 10 guys that would cross the picket line and work for free just to say that they worked for the WWE. This statement is my opinion. Thank you all for all the years that you have supported me.
God Bless
Dan Spivey”

“Big” Vito LoGrasso issued the following statement on his consussion lawsuit against WWE:

“My thoughts for today. You know people, when you dont walk my shoes, how would you know what is right and what is wrong? Have you ever done something so demanding that you don’t know how things will end up?

As for today’s suprise, you have a lot of people comparing and giving there opinions of lawsuits. Some are very valid, some are total nonsense.

Today, a lawsuit came across from a man who is no longer here. It’s been a long time since we heard the name. But, if it mattered when the person was alive, wouldn’t he have done it himself? Or was that person still dreaming of one more chance to do what he loves at any cost?

Sometimes, thinking with your heart and not your head can get you into something that isn’t right. This goes for life, relationships, and other beliefs you have. You stand your ground, your life, your thoughts. I am no one’s judge, neither is anyone else. But when people who have just an outsider’s view and scrutinize you and tag you in Facebook posts, mention your name, but dont have the manners to ask politely in private, what gives you the right to go into someone else’s life and judge? Make rude comments, talk behind your back. Whats better, it is my own friends, accuaintences, colleagues. I havent heard from my family, but if they too have something to say, then go right ahead.

Funny, last year, I had some good friends, like brothers, tight. Those same friends jest, make comments, mock me, needless to say, I haven’t heard from them in a long time. Best of all, it got back to me what you think and how you feel. Sad, hurtful.

But, if I see them, I got nothing to say. Just a hello, that’s it. When standing up for something then people join in, you see the right and wrong in it. Like I said, you never walked my shoes, how do you know?

You think you do, but your giving an estimated guess. You never made a living at it or only did it on weekends and home home to your family. How about living on the road and living it everyday? I doubt alot would give up all they have to be that person. Not for a month, but for Years.

Today people, it’s a time when the World has changed, not just in a Wrestling ring, but in everyday life. Today, if your gay, you can live it. How about a guy wearing a dress when it wasnt a time for it, and did it anyways? I could care less what you thought, I didn’t wait for anyone to break the barrier, I did it myself. My life, my views. Now, being gay in pro sports is acceptable on paper. Gay marriage, congrats. But if you’re the guy who steps forth and sets the tone, dosen’t that count for something?

My lawsuit, it has merit, and I am standing for not me, but a good cause that has been a fight for years. People who know me, know, I love what I did, I want to, but, one little mistake, I would be the fool. Just for all those who think they know me, I am not broke and destitute. Like many of you understanding friends, and fans think. I am Vito J. Lo Grasso, a self made man. I will say and do as I want in my life. No one owns me, or better yet, tells me how to feel, think, or go about my business in my life.

If I was an ass kisser, I would have been World Champ. I was not that guy. I am good with just knowing guys respected the hell out of me and when they saw the lineup board, they knew, it was work time. No joking, no playing, in shape and ready.

If you went to the office after a tuff match with me, hey, you can have your manhood back now, if you learned something, I am happy. If you’re the guy who b—–s and complains he isn’t on TV and a major star, I told you what to do, but you choose the easy way, thats why you’re still in the same spot you been in for over 10 years and better.

Life people, it’s a choice. My views and my life. Maybe there is a lesson here or maybe not. You see the changes in wrestling today, its a start, if guys have medical, a 401K, a retirement plan, better place to work….are we all aware that it’s been one way for years, I think its time for a change, don’t you?