– As seen at No Mercy 2017, “The Big Dog” Roman Reigns defeated the 16 time WWE World Heavyweight Champion John Cena in their WrestleMania worthy match. With this win, Reigns broke his WWE PPV losing streak. Before No Mercy, his last PPV win came at WrestleMania 33 and he lost all his PPV matches since then. Speaking of Reigns, he’ll be a guest on MizTV in the opening segment of this week’s Raw.

– In the main event of No Mercy 2017, Brock Lesnar defeated Braun Strowman to retain the Universal Championship. The match lasted 9 minutes. This was Brock’s 4th straight singles PPV match that lasted less than 10 minutes.

– After losing to Reigns at No Mercy 2017, Cena waved goodbye to the match. After No Mercy 2017 went off the air, Cena revealed what his future in WWE holds on Raw Talk. Cena said while he’s not done with WWE, he doesn’t think he can go on in WWE at the pace he used to. This was a hint at his part-time status and his current run possibly ending. 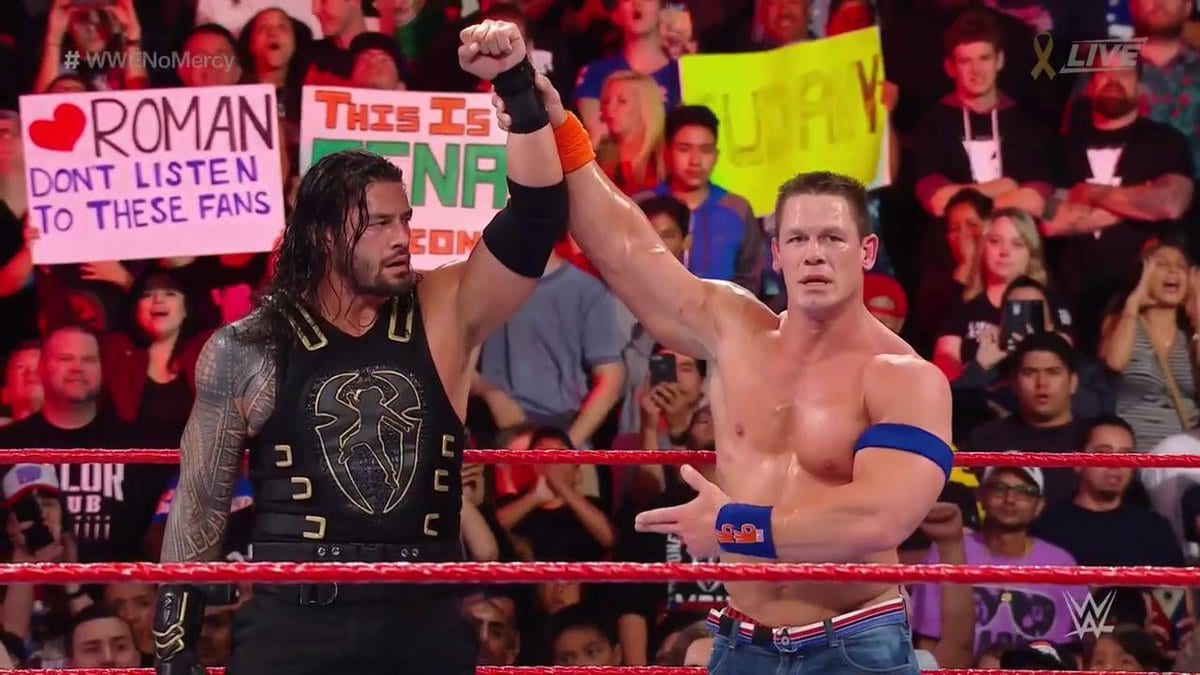 When Jerry “The King” Lawler asked Cena if he passed the torch to Reigns, Cena said that he didn’t pass the torch, but Reigns took it from him.