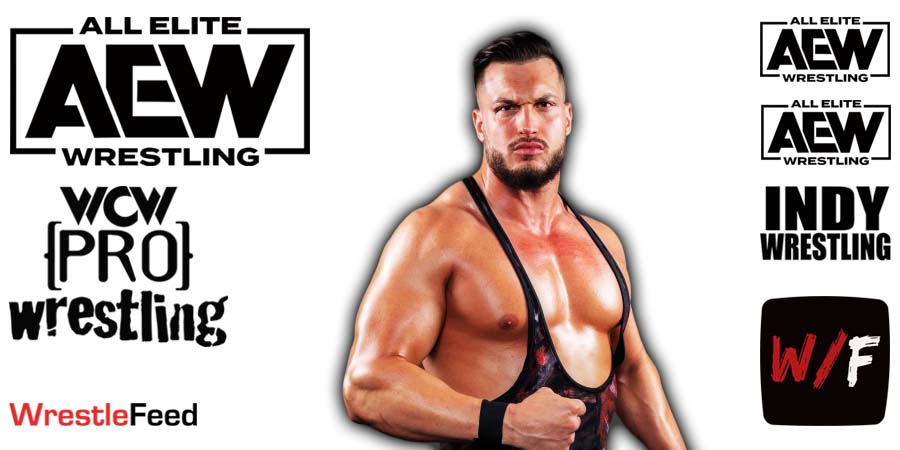 During a recent interview with Chris Van Vliet, AEW wrestler Wardlow talked about his WWE tryout and being turned down.

“I aced that tryout, I mean, with flying colors and they didn’t want me.

So for the first time in my life, I went, ‘oh, well maybe this isn’t going to happen’. Fortunately, I stuck with it, and I was determined to make it happen one way or another.

I thank God every day that AEW came about. But yeah man, being denied, that was a unique experience and a unique feeling. But it put me where I needed to be, and I’m happy for it.

At that time that was it. I mean, you had Impact (Wrestling) and I was emailing them, you know, like every other week. Because realistically if it was WWE, the only real thing left was Impact. And if not Impact, then you’re just trying to get booked on the indies. Because that’s what, you know, they said, ‘go make a name for yourself’.

I accepted that challenge. Yeah, how do you like my name now? So, yeah man, you know, I just kept going. I was trying to get booked on like, bigger indy shows to make a name for myself and try and get out there.

And fortunately, it wasn’t too long after that, and it was like Warrior Wrestling, I did that in Chicago, which is a little bit of a bigger promotion. Started branching out a little bit to Canada and then to Greektown Wrestling and then, fortunately, one day woke up to a phone call from QT Marshall and the rest is history.”

Reports recently came out that WWE would be interested in signing Wardlow once his AEW contract expires.

However, on the same day, Wardlow noted during an interview that he’s All Elite for life.

1. The Mountie vs. Reno Riggins

2. The Legion Of Doom vs. Doug Vines & Cleo Reed

3. The British Bulldog vs. Joe Turner