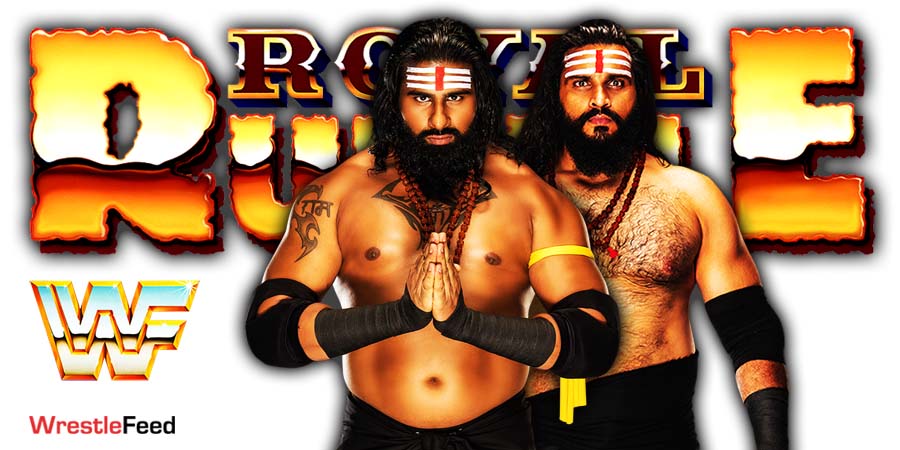 They began airing the vignettes of “Veer Mahaan is coming to RAW” on October 25. It’s been over 3 months now and he still hasn’t arrived.

While Veer has worked a few matches on WWE Main Event since then, where he defeated John Morrison, Cedric Alexander & T-BAR, he hasn’t appeared on RAW.

According to PWInsider, there are no plans for him to participants in the Men’s Royal Rumble 2022 match either as of this writing:

“After speaking to several sources in WWE Creative, we are told that as of today, there are zero plans for Veer in the Rumble.

Unless there is a last second change, he is not currently even planned to appear on the show, much less the Rumble match.”

As we have noted before, WWE didn’t have any real reason to split Veer from Jinder’s stable and doesn’t have any storyline planned for his singles run.

Also Read: Royal Rumble Winner Plan Could Be Drastically Changed Due To A Major Return

On this day in 2002, the World Wrestling Federation aired an episode of their weekly syndicated TV show ‘WWF Jakked’ (night version) aka ‘WWF Metal’ (afternoon version).

It featured pre-taped mid-card matches on the road to the ‘WWF No Way Out 2002’ PPV.

– The Hurricane vs. AJ Styles