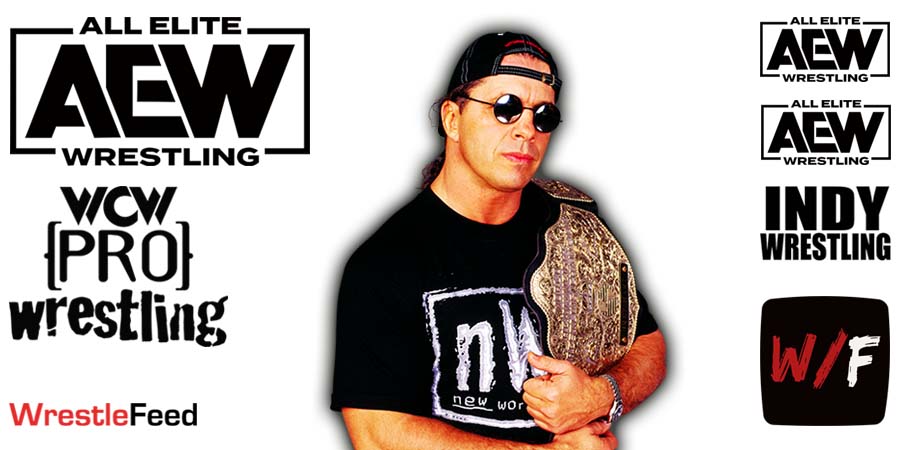 AEW Tag Teams The Young Bucks and FTR (fka The Revival in WWE) recently teased that 2-time WWE Hall Of Famer Bret Hart might be joining All Elite Wrestling.

On Dynamite a couple of weeks ago, FTR fired Tully Blanchard, who was their manager.

Cash Wheeler of FTR said the following about this on the St. Patrick’s Day Slam edition of Dynamite:

“That wasn’t easy to do. It’s been obvious that Tully had checked out. When we won the Tag Titles, he was laser focused, but lost his focus later. And when you lose your focus, you lose your job.”

Matt Jackson of Young Bucks then dropped a tease for FTR bringing in Bret as their manager:

“No matter what you do, even if you hire the Best There Is, the best manager in the world, it’s not going to matter. Because deep down inside, you’re always going to remain the second best tag team in AEW.”

After #FTR fired @TullyBFTR last week, @youngbucks are convinced @CashWheelerFTR & @DaxFTR will only ever be "The Second Best Tag Team in #AEW".

Dax Harwood of FTR tweeted the following after firing Tully:

Dax tweeted the following after this week’s Dynamite:

For those who don’t know, Bret is a big fan of FTR and thinks they are the best Tag Team in the world today.

During a virtual signing for Signed By Superstars on Friday, Bret was asked if he’ll join AEW.

Bret noted in an interview a few months ago that he has no interest in becoming a Manager in Pro-Wrestling.

The Great Kabuki vs. Rick Thor

The Super Destroyer vs. Allen Tupperello

The Great Kabuki vs. Bruce Gallagher