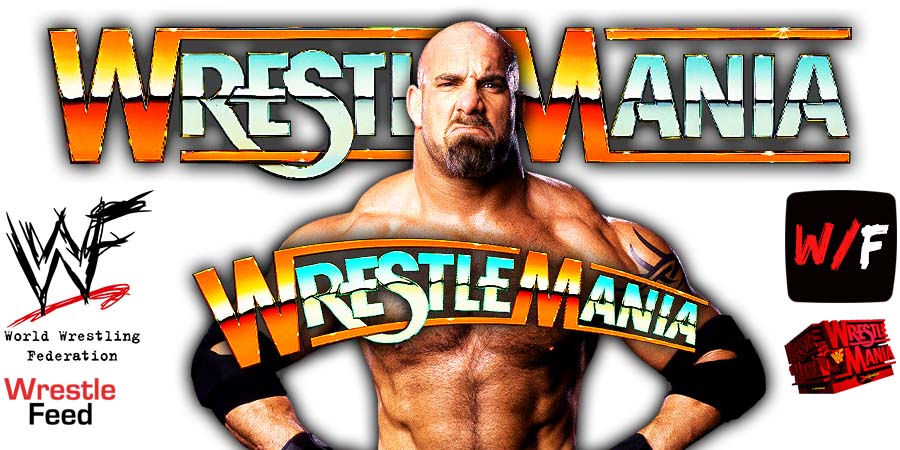 WWE Hall Of Famer Bill Goldberg will also be a part of the WrestleMania 38 Week.

He will appear at the WrestleMania Superstore Axxess for a photo op and autograph session.

Below is the schedule that WWE announced:

WWE Superstars are coming to #WrestleMania Superstore Axxess! Get your tickets at @FitermanSports #ad

Goldberg last appeared on WWE programming at the Elimination Chamber 2022 premium live event in Saudi Arabia in February, where he lost to Roman Reigns in a Universal Championship Match.

Goldberg is no longer contracted to wrestle any more matches in WWE. He plans to undergo a shoulder surgery now.

On this day in Pro Wrestling history on March 29, 1998, the World Wrestling Federation aired ‘WrestleMania XIV’ LIVE on PPV from the FleetCenter in Boston, Massachusetts.

This was the 14th annual WrestleMania event with the inaugural WrestleMania happening in 1985. Even nowadays WrestleMania is still by far the biggest professional wrestling event on the planet each year.

Mike Tyson served as the special outside enforcer for the main event of the evening.