After the post-WrestleMania 33 edition of Raw went off the air, former WWE Universal Champion Goldberg appeared in the ring for a special in-ring edition of Raw Talk.

Goldberg was given a standing ovation by people backstage in WWE during his entrance and people in attendance.

Goldberg says they can cheer him or boo him, but his child is the reason why he wakes up every day and grinds his a$$ in the gym. 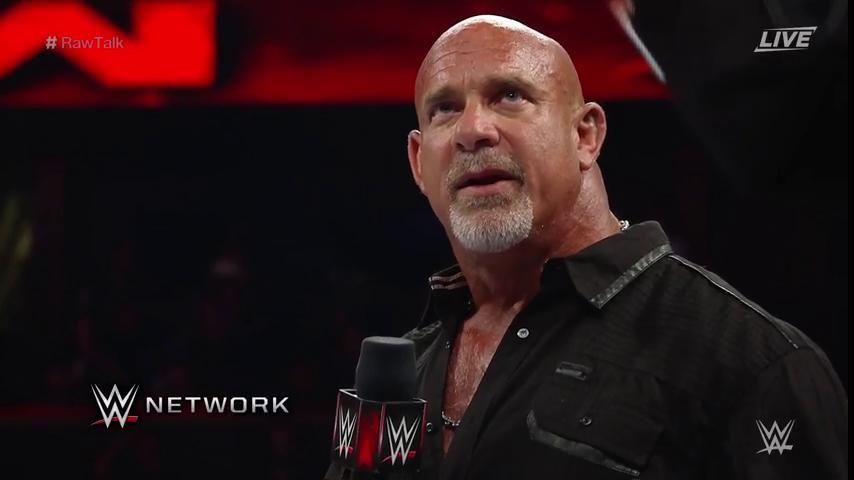 He called his son to the ring and recalled a story where he was able to take the WWE Universal Title to his son’s school and he’s proud of that. He says fans can cheer or boo him, but that means he’s done something. This leads to a huge “Goldberg” chant.

Goldberg says this could be the last time they see him in a ring, but he says he’s here for his family and will continue fighting if they appreciate it.

"As long as they appreciate it… I will do whatever it takes to be me!" @Goldberg discusses his family on #RAWTalk. @WWENetwork pic.twitter.com/iL3MiquxWq

Goldberg says compared to their WrestleMania 20 match, Brock and him did pretty good last night at WrestleMania 33. This leads to a big “YES!” chant.

Goldberg said he’s still the biggest and the baddest sumb*tch on this planet and you never know WHAT or WHO’S NEXT!