Paul Heyman says Goldberg was taken to Suplex City and got his a$$ handed to him, but there’s still a good thing to this – “You won’t see Goldberg around here anymore”. 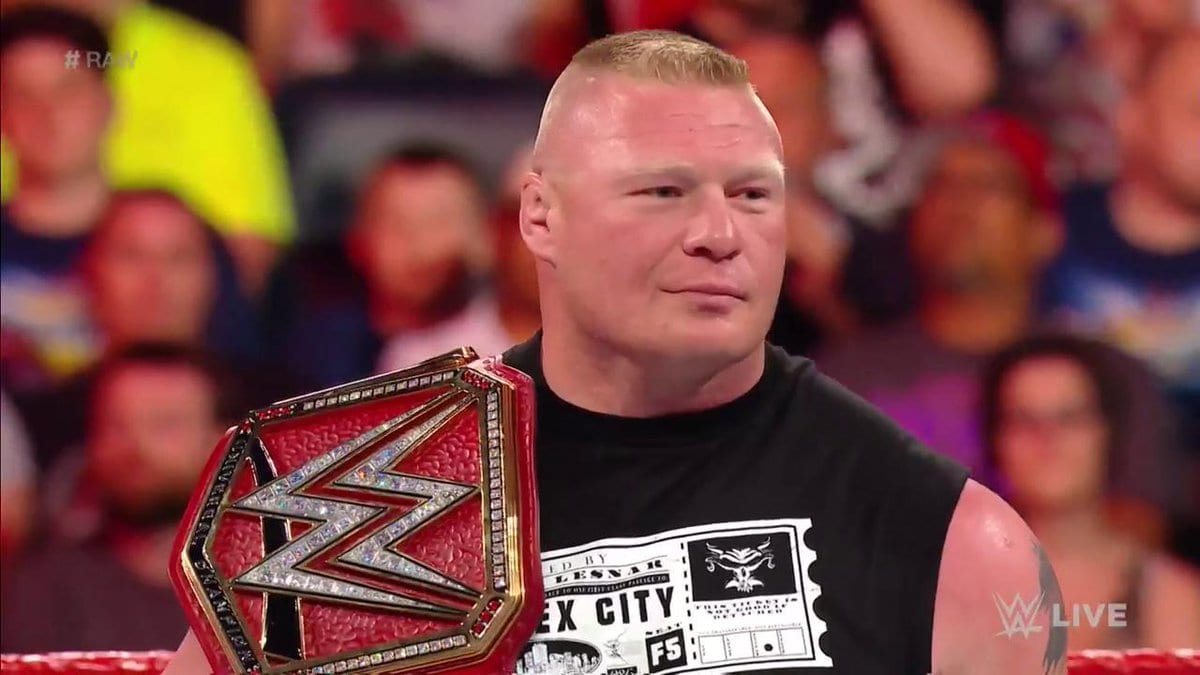 Heyman then noted that Lesnar is now looking for new challenges. Below are the names that Heyman looks on while looking at the potential challenges:

But then Heyman noted that it’s only fitting that the “2” in 23-2 (Brock Lesnar & Roman Reigns) collide next. Heyman & Lesnar were then interrupted by the “Monster Among Men” Braun Strowman! 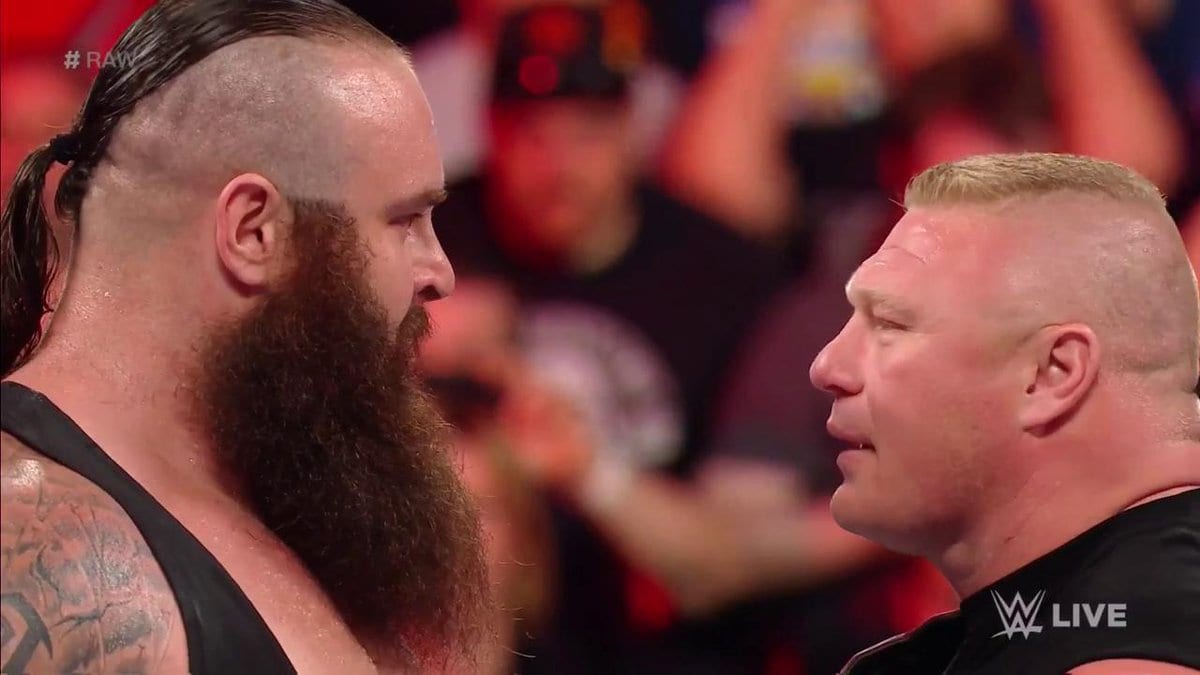 Strowman & Lesnar came face to face in the ring. Strowman says Lesnar has Reigns’ attention right, but after he’s done with Reigns maybe Lesnar will have his attention and then Strowman pushes Lesnar! 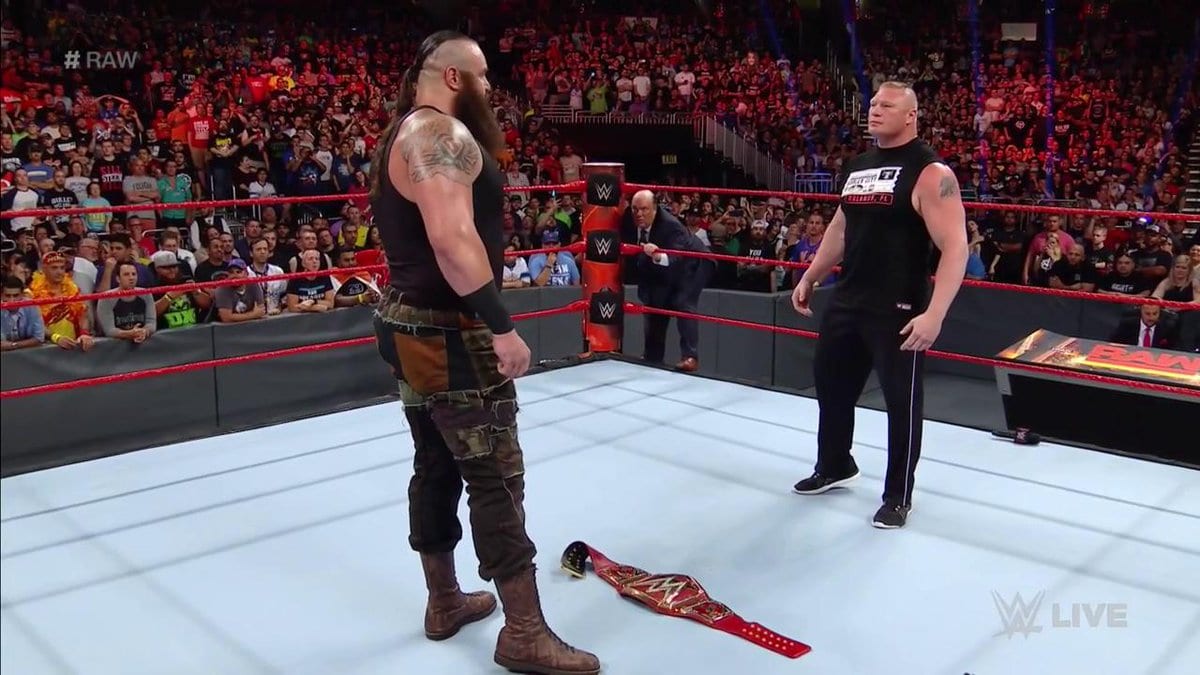 Lesnar then laid his belt down and got ready for a fight. The crowd chanted for Brock and Strowman left the ring. This led to a “bull$hit” chant from the crowd. You can watch it below: