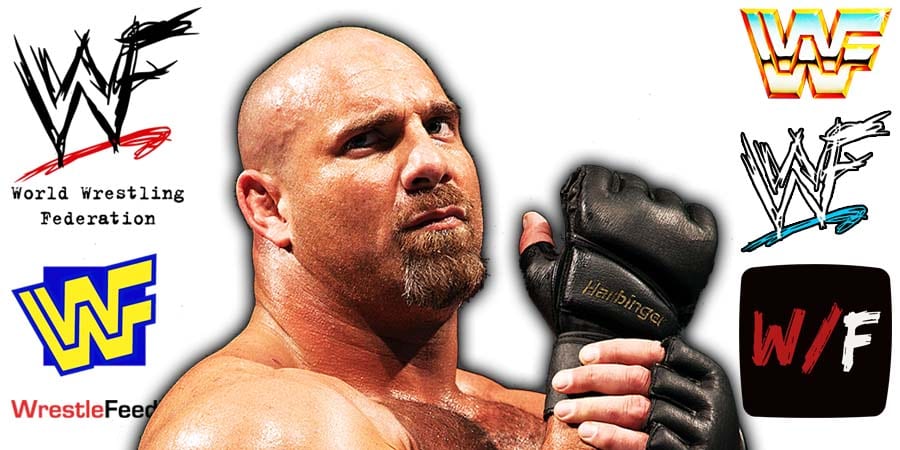 • Goldberg Claims WWE Was Never Fully Behind Him

During a recent interview on the Roman Atwood podcast, Old School WCW Legend Bill Goldberg claimed that WWE was never fully behind him, because they always viewed him as the face of their #1 enemy, their rival promotion during the Monday Night Wars – WCW.

Goldberg used to be the No.1 babyface of Ted Turner’s World Championship Wrestling in 1998, back when both companies (WWF & WCW) were absolutely on fire and produced high ratings that haven’t been seen or heard from for 20+ years now.

Here’s what the former WCW World Heavyweight Champion said about his relationship with WWE:

“My relationship with WWE has never been a 100% on the up and up because I worked for a company that was competing against them in the Monday Night Wars, and I had the Title, right? So I don’t expect them ever to treat me like one of their own. I just don’t.”

Also Read: “I don’t think WWE ever wanted me to be the champion for more than 10 minutes” – Goldberg

On this day in Pro Wrestling history on October 22, 2000, the World Wrestling Federation aired ‘WWF No Mercy 2000’ LIVE on PPV from the Pepsi Arena in Albany, New York.

This pay-per-view featured the in-ring return of “Stone Cold” Steve Austin, after missing an entire year due to an injury.