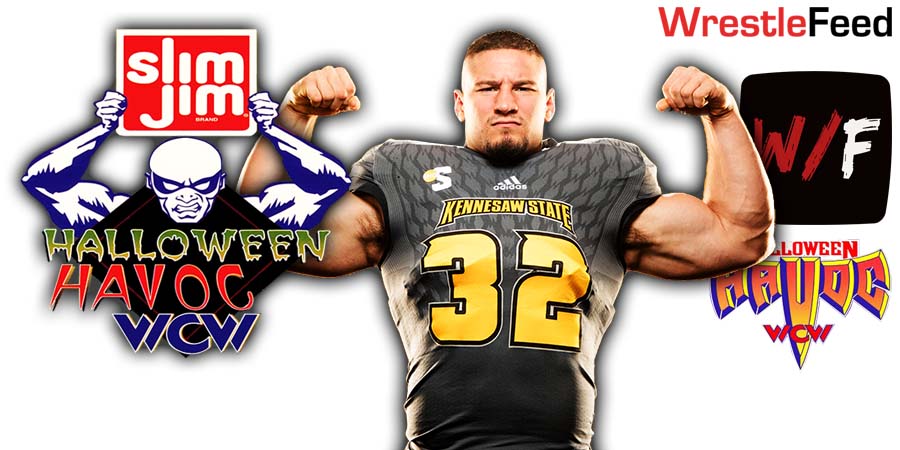 Below are the complete results from tonight’s WWE NXT Halloween Havoc 2022 special event:

– Toxic Attraction went to the haunted house and decided to split up to find Alba Fyre.

– Duke Hudson transferred to Chase University. Bodhi Hayward told Andre Chase that he doesn’t trust Duke and will be keeping an eye on him.

– Lash Legend questioned why a SmackDown wrestler like Shotzi is hosting the show instead of her. Quincy Elliot told Lash that Shotzi is more fabulous than she ever will be. Shotzi then took out Lash with a DDT.

– T-BAR put his mask in a trash can and set it on fire.

– Joe Gacy said that it’s time for Red Hood to unmask and it will happen on Tuesday’s episode of NXT.

It was pre-taped on October 5th in Ft. Wayne, Indiana and included matches, promos & storyline segments on the road to the ‘WWF Survivor Series 1988’ PPV.

This episode featured the televised WWF debut of NWA veterans Arn Anderson & Tully Blanchard, who were billed as ‘The Brain Busters’ and introduced by Bobby Heenan as the newest members of his ‘Heenan Family’.