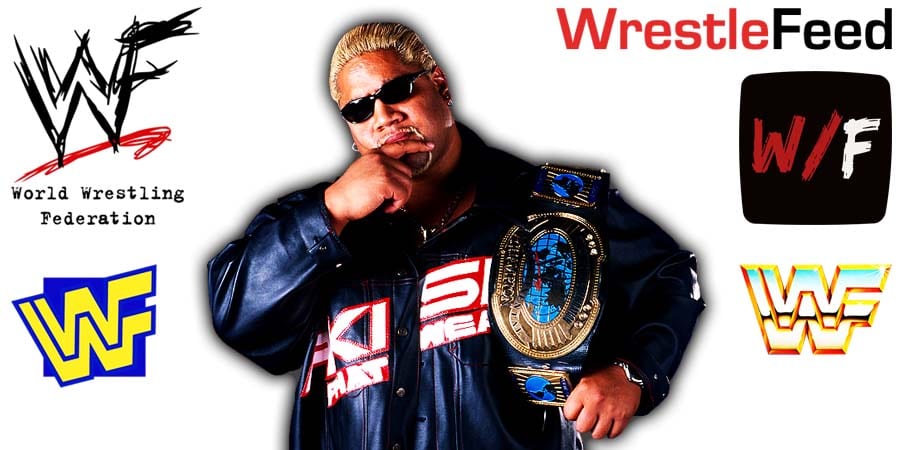 • Rikishi Was Once Pronounced Dead For 3 Minutes (Reason)

WWF Legend Rikishi was recently interviewed by GV Wire, where he opened up about a terrible incident that took place during his younger days, before he became a professional wrestler.

Apparently the big Samoan was involved with the wrong kind of people while he was a teenager and once got shot in the process of a Mafia-style drive-by-shooting, which almost killed him and left him with a scar on his abdomen.

“I was kind of getting into things that I wasn’t supposed to get into. One day I got hit by a drive-by shooting and that kind of changed my outlook on life.

I was given a second chance. They pronounced me dead for 3 minutes in the General Hospital in San Francisco. To be able to see the pain of my family… I was in hospital for two months.

As I looked around, I seen a lot of hurt on my family, hurt on my mother’s face, my parents. I felt it was my responsibility to be able to make this better.”

Solofa Fatu Jr. (Rikishi’s real name) joined Ted Turner’s World Championship Wrestling in 1989 as a member of The Samoan Swat Team, managed by Paul E. Dangerously (Paul Heyman), and later made it to the World Wrestling Federation in 1992 as one half of The Headshrinkers, managed by his uncle Afa.

Jim Duggan vs. The Brooklyn Brawler