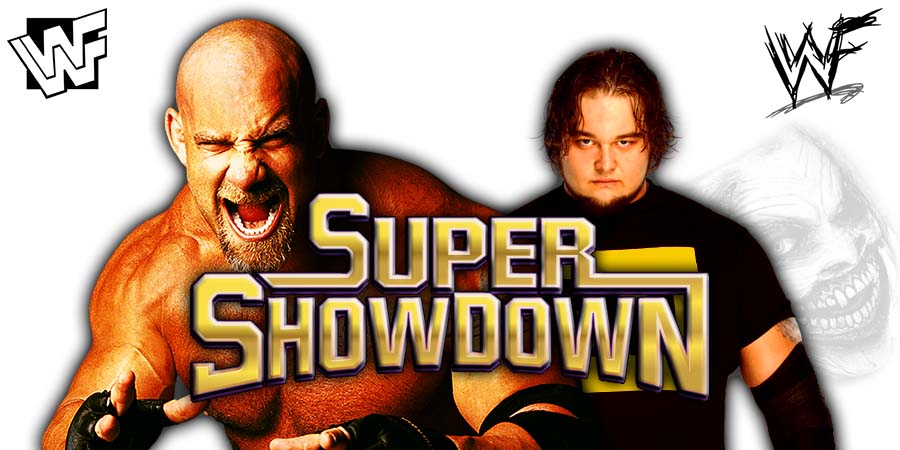 This episode was pre-taped at the Georgia Mountains Center in Gainesville, Georgia and featured matches, interviews & storyline segments on the road to the “WCW Slamboree 1993: A Legends’ Reunion” PPV.

– Maxx Payne vs. Johnny B. Badd

Goldberg defeated The Fiend in 3 minutes after hitting 4 Spears & 1 Jackhammer to win the Universal Championship for the second time in his illustrious career.

During a backstage interview after Super ShowDown went off the air, Goldberg had the following to say about defeating The Fiend and winning the Universal Championship at the age of 53:

“First of all, I’ll be limping out of Saudi Arabia, but hey man it’s an honor just to be here and to be here and attain this belt again — this title again, it’s a dream come true. It truly is.

It’s something you always shoot for, but the older you get the further you think that peak is away, you think.

I’m in awe. I had to hit him with everything I had as quickly as I could. Catch him off guard just like I did Brock. You know you gotta hit guys before they’re ready, especially at my age. I’ll strike it up as another conquest.”