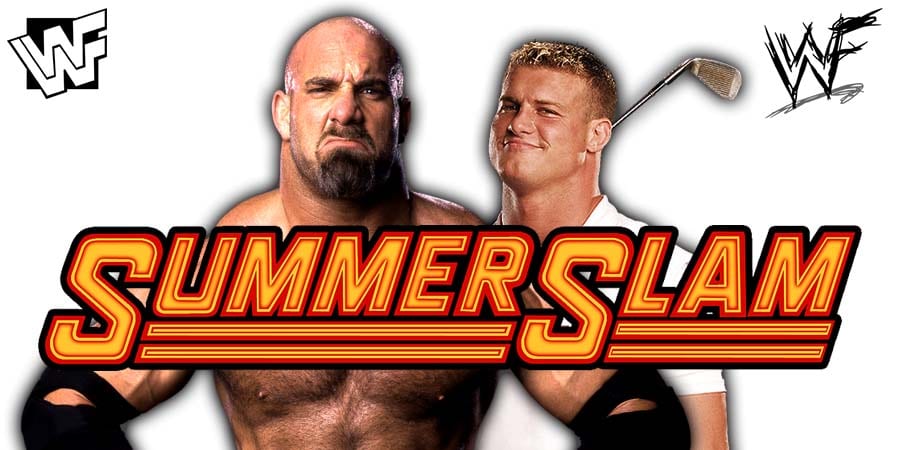 This episode was pre-taped at the Glens Falls Civic Center in Glens Falls, New York and featured matches & storyline segments on the road to the ‘WWF SummerSlam 1992’ PPV.

– The Legion Of Doom vs. Flex Armstrong/Richie Rich

• Goldberg Set To Make A Comeback At SummerSlam 2019

WWE announced that Dolph Ziggler vs. The Miz will take place at SummerSlam 2019 PPV.

However, this match will not take place.

Some people then began quoting that Meltzer reported Goldberg will now be the one to face Ziggler (since Ziggler was taking shots at him).

While Meltzer never said anything about Goldberg, Goldberg is indeed set to make a return to the ring this month to face Ziggler as backstage people in WWE themselves confirmed it to Meltzer.

“It’s just a funny story about how this all transpired. As you know, I’ve said that Dolph Ziggler has an opponent, I just don’t know who it was. I was just told that it’s not The Miz and it’s not Shawn Michaels.

So, thank you to these idiots because I got a call from someone in WWE who was talking to me about ‘How did you know it was Bill Goldberg?’ They didn’t realize that I said I didn’t know because all these people had said that, but I never said it in the first place.

So, in fact, it is Bill Goldberg, and that’s how I found out. Isn’t that wonderful?”