• Goldberg To Return To WWE For More Matches

During an interview with Sports Illustrated, WWE Hall of Famer Goldberg talked about his future in Pro-Wrestling, his matches & more.

On his match with Dolph Ziggler at SummerSlam 2019:

“I am greatly appreciative of what he did for me, and for his professionalism. I can’t say thank you enough.”

“I’m never happy with any of my performances, and I’d lost my mojo, I felt like. But the reality is, the older you get, the more you’re going to lose your mojo because you can’t do it like you used to.”

On if his match with Ziggler was his final match:

“It’s by no means my farewell performance, nor was it my best performance, but you have to be realistic and take all things into consideration. It’s a very good possibility I’ll be back, but you don’t know it until it’s done.”

As seen on this week’s episode of SmackDown, King Corbin brought out a “Big Dog” to mock “The Big Dog” Roman Reigns.

Indy wrestler Stephen Azure was under the mask of “Big Dog”. Below is a photo: 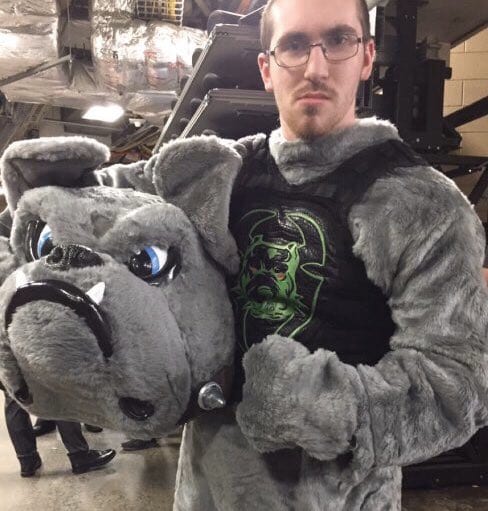 Stephen also acted as a security guy on this week’s RAW and was the guy who got punched by RAW Women’s Champion Becky Lynch.

Below is what he tweeted about it:

C'mon, I was just trying to do my job @BeckyLynchWWE ? https://t.co/QVRa6WeaM1