According to a leaked document from Yuke’s Visual Concepts, WWE Hall of Famer Chyna is set to be the pre-order bonus character in the upcoming WWE 2K20 video game.

Below is what the leaked document states:

“The Women’s Revolution will also takeover in the video game world with a WWE2K showcase of the best Women’s matches in WWE in WWE 2K20 with a Pre Order Bonus of the late great legend Chyna! (Pre Order Bonus trailer will be revealed on July 29th 2019).” 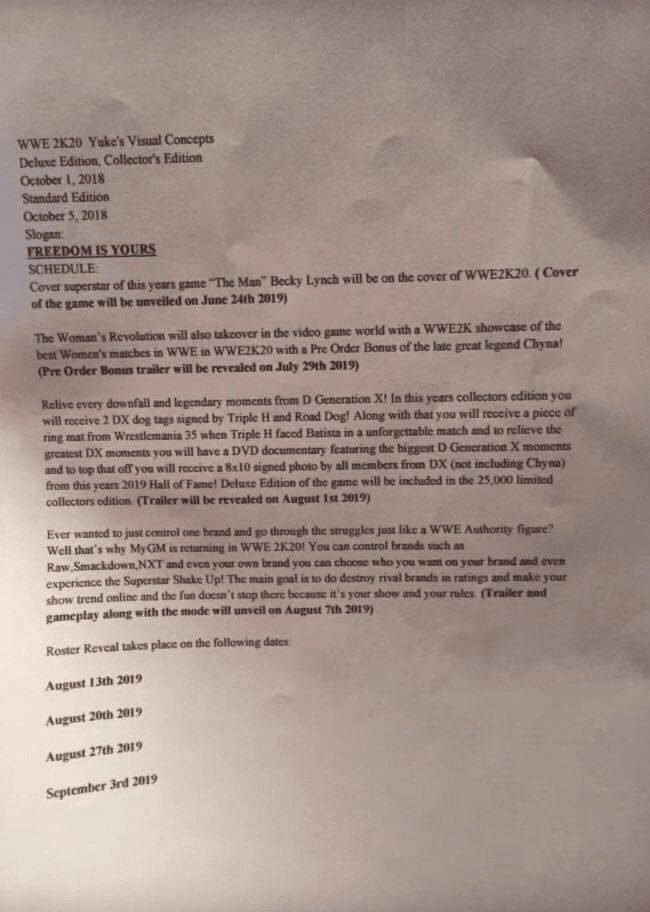 We already noted before that RAW & SmackDown Women’s Champion Becky Lynch is set to be the cover superstar of WWE 2K20 video game and this document confirms that again.