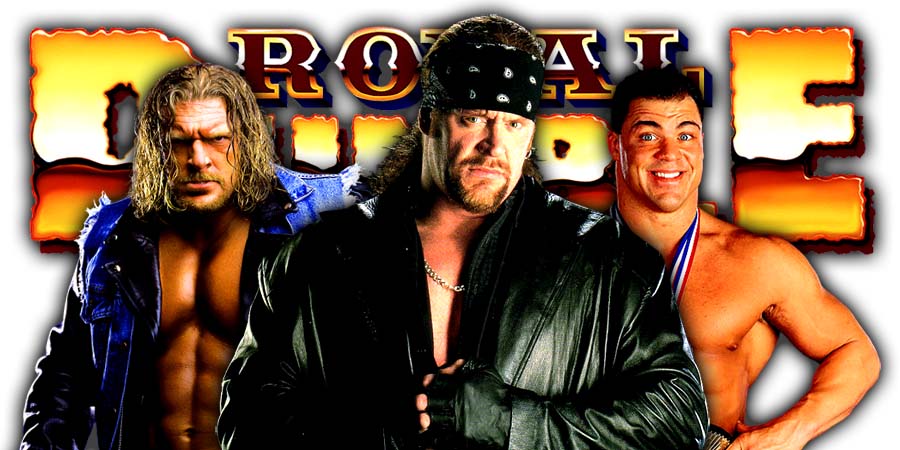 This is part 6 of our Greatest Royal Rumble live coverage (click here for Part 5).

Up next is the Steel Cage match for the Universal Championship.

“The Big Dog” Roman Reigns makes his way out to a huge pop and gets his pyro entrance when he enters the ring and punches the ring floor.

“The Beast Incarnate” Brock Lesnar makes his way out next to a huge pop as well and makes an epic pyro entrance. This is Lesnar’s 390th day as the Universal Champion.

You can check out their entrance pyro below:

Lesnar nails a 4th German suplex and then nails an F5! Reigns is out, but Lesnar isn’t pinning him. Reigns comes back into the fight and nails 3 Superman punches!

Reigns goes for a Spear, but Lesnar catches him and it looking to hit an F5, but Reigns starts climbing the steel cage. Lesnar climbs up as well and pushes Reigns down.

Lesnar is now looking to escape the cage, but he doesn’t feel comfortable. Reigns gets Lesnar on top of his shoulders and hits a Powerbomb!

Reigns throws Lesnar into the Steel walls and then nails a big Spear, but Reigns isn’t pinning Lesnar either. Lesnar nails his momentum-spear (with which he defeated Triple H & The Undertaker) and goes for the pin, but Lesnar kicks out.

Reigns asks for the door to be opened and Reigns is going out, but Paul Heyman slams the door in Reigns’ face and Lesnar nails an F5! Lesnar goes for the pin, but Reigns kicks out!

Heyman now slides a Steel Chair inside the cage. Lesnar removes his gloves! Lesnar swings with the steel chair, but Reigns nails a Spear! Reigns goes for the pin, but Lesnar kicks out again!

Reigns spears Lesnar through the cage and both men fall on the floor!!!!!

Lesnar is declared the winner as he touched the floor first!

It should be noted that Reigns went head-first into the floor!