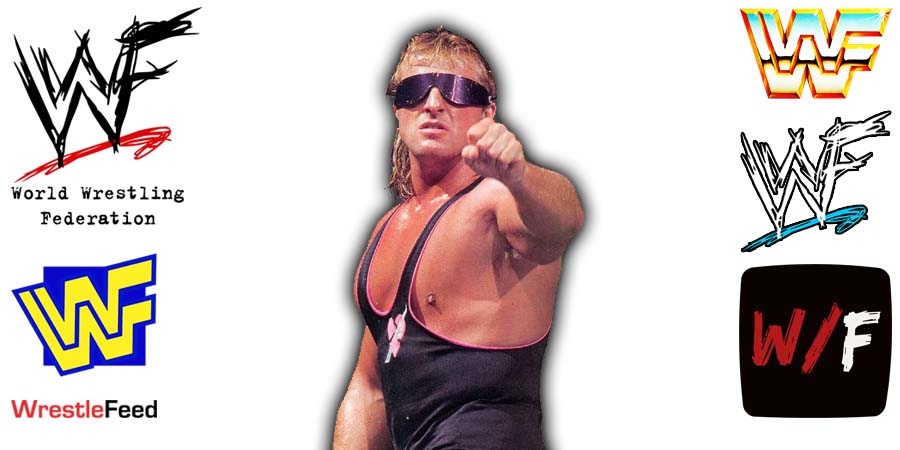 On a recent episode of his weekly ‘Grilling JR’ podcast, Old School WWF/WCW commentator Jim Ross spoke about the Kemper Arena, the location that held the infamous WWF Over The Edge 1999 pay-per-view on May 23, 1999 and featured the single most tragic accident in WWF/WWE history, when ‘The Blue Blazer’ Owen Hart fell 78 feet into the ring and died.

“Kemper Arena especially. I don’t know why WWE went there. I’m not, because of what happened prior, the Owen Hart situation.

I mean of all the arenas in America that we could have run, we ran Kemper and I don’t, I never have quite figured that one out but in any event, the crowd at Backlash 2002 was responsive, it was representative, you know, got over 10,000 folks there, they were pumped up. I remember the crowd being involved.

But I also know that behind those tearful eyes sometimes in the crowd, that they were thinking about the last time they were there for a WWE event and it’s just challenging to get those thoughts out of your head, and those images out of your mind, and for Jerry Lawler and I, nobody gives a sh*t about us but bottom line is, that we had to relive it again too and considering I was the one that made the announcement that Owen had died, I carried those with me from all the way when it happened to going back.

So, I don’t know. I just selfishly, I wish we would have done it at another building.”

This episode was broadcasted from the Arco Arena in Sacramento, California and featured matches, interviews & storyline segments on the road to the ‘WWE SummerSlam 2007’ PPV.