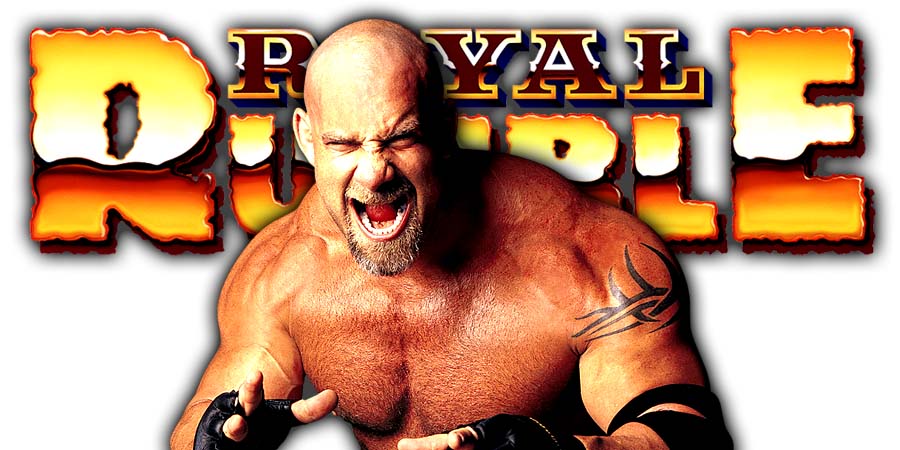 During an appearance on Wrestlinginc podcast, Bruce Prichard answered why Andre The Giant was pulled from the 1991 Rumble match after being advertised.

“It was health issues, it was the thought that we’re not going to get Andre beyond this. (We thought) maybe we do one where he wins it, but health issues just weren’t going to allow him to be able to compete in it. Even bringing him out at number 30 wouldn’t have been pretty.”

Below is how Madison Square Garden paid tribute to Bruno Sammartino:

• Hall of Famer Challenges Goldberg To A Match At Greatest Royal Rumble Or WrestleMania 35, Goldberg Responds

WWE Hall of Famer Booker T has challenged Goldberg to a match at the Greatest Royal Rumble or WrestleMania 35 because Goldberg called him out backstage at WrestleMania 34 for using a hoverboard and saying that Booker T wasn’t in shape because of that.

Below is the video where Booker T challenged Goldberg:

.@BookerT5x has challenged @Goldberg to a "#WCW rematch", suggesting #GreatestRoyalRumble or #WrestleMania as the location?! Will Bill respond? @EBischoff pic.twitter.com/7oKM4bDYYh

Goldberg then responded the following:

This match happened back in WCW and you can watch it below: