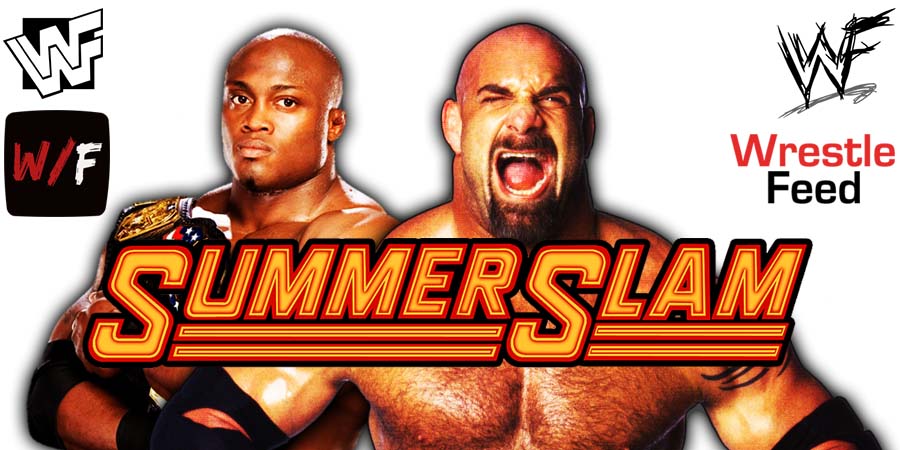 Old School WCW Legend Bill Goldberg is scheduled to challenge current WWE Champion Bobby Lashley for the Title at this month’s SummerSlam 2021 pay-per-view, in what is believed to be Goldberg’s last match in 2021, as he only has a contract for 2 matches a year.

However, if the Prince of Saudi Arabia would request Goldberg for the overseas event later this year, there’s a pretty good chance for an additional booking, that isn’t included in the contract.

Some internet fans recently criticised WWE for bringing back old timers & part timers like Goldberg, but those fans – who are entitled to their opinion of course – just fail to realize the business side behind that move, as Wrestling Legends from the 90s obviously bring back a lot of ‘Old School Fans’, who otherwise would not watch that particular show (which has been proven, tap here to read more).

Here’s what the 2-time Hall of Famer had to say about WWE using Goldberg:

”When we’re talking about someone like Goldberg coming back, there’s a lot of these young guys, young internetters, that don’t like seeing an older guy like Goldberg come back, ‘He’s over the hill’.

He’s past his time, but think about all those fans that have paid money to see Goldberg for many years that say, and it is just like if it was Joe Frazier or Muhammad Ali coming back at 60, they would say, ‘We have to see him’. It’s one of those deals.