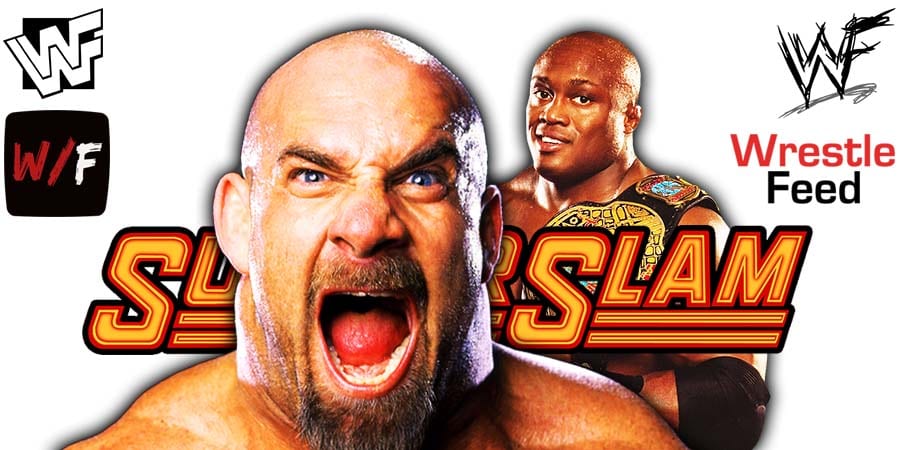 While the Dallas, Texas fans LIVE in the arena popped huge for WCW Legend Bill Goldberg’s return on RAW, and most Old School Wrestling fans as well as most casual fans are happy when WWE brings back Legends & Veterans from the past, there are still some so called Internet Fans who always criticize WWE for bringing back older wrestlers and putting them above the younger wrestlers on the card.

While the impression online might be that Goldberg has a lot more haters than fans these days, it’s actually the other way around. It’s just that those above mentioned people who approve of WWE bringing back old timers are unfortunately a lot less vocal when it comes to posting their opinion on social media.

While everyone is of course entitled to their opinion and can like or dislike whomever they want, those who wonder why WWE brings back big names from the past are still failing to see the business side behind such decision, as part timers like Goldberg, Brock Lesnar, Triple H, The Rock and John Cena draw a lot more money than any full timer does. And with the exception of Roman Reigns, none of the current full-time WWE Superstars come close to that drawing-power at all.

Andrew Zarian of the Mat Men Pro Wrestling podcast is seemingly siding with the Internet fans on this topic, but seems to be getting some information from his contacts in WWE.

“Some more notes from my convo this morning with someone at WWE.

Every single analytic indicator that the company uses shows that Goldberg is a big draw for them. ‘WE’ may not like him returning but the majority of WWE’s fans do.

The reality is we are the minority when it comes to Pro Wrestling viewership. Twitter is a fraction of how many people actually follow WWE content.

Goldberg will wrestle Bobby Lashley for the WWE Championship in the co-main event of this year’s annual SummerSlam pay-per-view at the Allegiant Stadium in Las Vegas, Nevada (although as of this writing, storyline wise, Lashley has refused to face Goldberg – tap here to read more).

Also Read: WWE Should Not Screw Goldberg On His Retirement Match, Says Father Of WWE Legend

Mark Youngblood wrestled professionally from 1980 until his retirement in 1999 and competed for a lot of different territories & promotions, such as Jim Crockett Promotions, Championship Wrestling from Florida, the Global Wrestling Federation, World Wrestling Council, the United States Wrestling Association, Central States Wrestling, … and many others.

In 1990 & 1991, Mark even wrestled for Ted Turner’s World Championship Wrestling, where he teamed up with his brother Chris Youngblood as “The Renegade Warriors”.