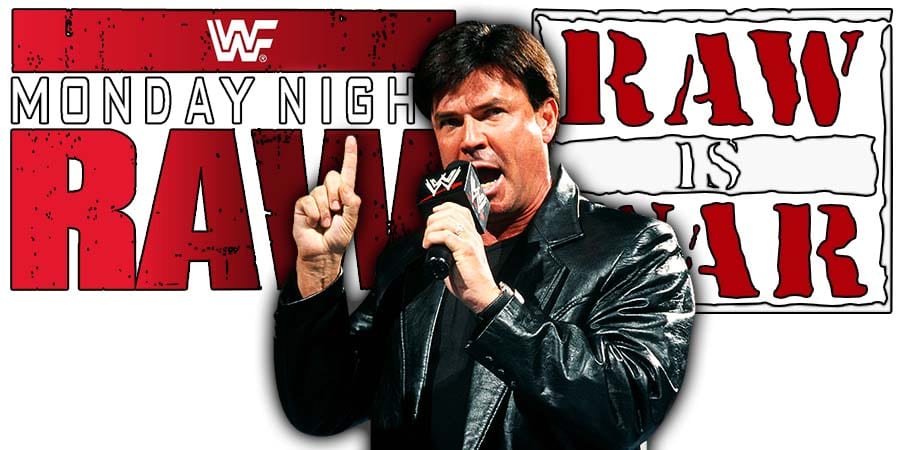 On the latest episode of his weekly ’83 Weeks’ podcast, 2021 WWE Hall of Famer Eric Bischoff talked about the latest decline in TV ratings for WWE’s shows, and also every other professional wrestling show.

“I think SmackDown probably lost 100,000 viewers to [NBA] of their regular audience. We’ve talked about this on this podcast, I’ve predicted this, I’ve predicted every dirt sheet writer, every headline on the internet is going to say ‘Ratings are plummeting,’ it’s summer time! It happens every f**king year.

It’s as predictable as the Sun coming up and the Moon coming up, the ratings always go down in a consistent percentage in April when daylight savings time kicks in, weather gets nice and people go yeah, I don’t think I’m going to sit in my house and watch TV anymore because I’ve been COVID contained.

I think people are making way too much over everybody’s low ratings. Whether it’s AEW, WWE, f**king IMPACT, what did they show up with last week? 69,000 viewers? I could cut a video of me flipping a burger on my rec tec [grill] and do better than 69,000 people watching it, but guess what, it’s summer time. Everybody is out, that’s what happens, it will come back.”

While Eric certainly has a very good point here, the quality of the wrestling product(s) getting constantly worse for many years now, is still pretty much something most fans will agree on as to why people aren’t tuning in anymore.

Under the ring name “Tiger Jackson”, he used to wrestle in midget matches during the 80s & early 90s, including a stint in the World Wrestling Federation, where he joined The Bushwhackers in their rivalry against The Beverly Brothers and their sidekick, fellow midget wrestler Little Louie.

Dink accompanied Doink to the ring until both men left the WWF in mid-1995.