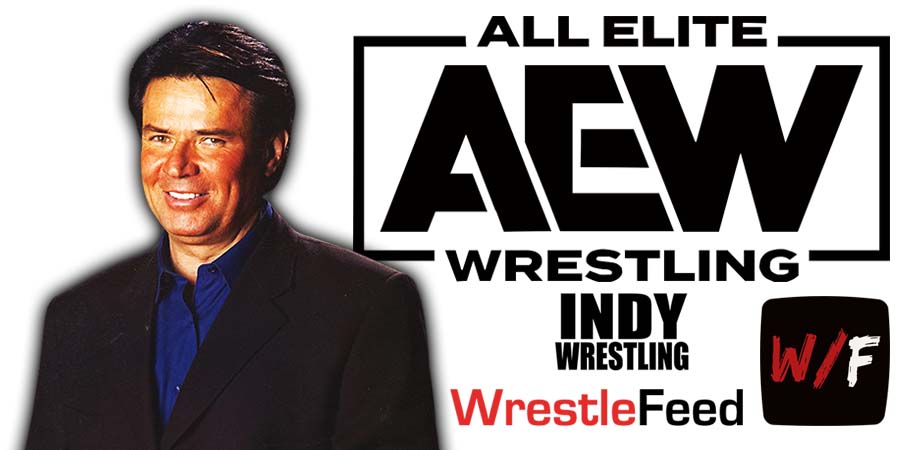 On an episode of his weekly ’83 Weeks’ podcast, 2021 WWE Hall of Famer Eric Bischoff claimed that Tony Khan’s All Elite Wrestling is using Wrestling Legends a lot better than WWE does.

“I think that Tony Khan and AEW and the team have done a fantastic job with Sting. Sting wasn’t an example of what I would be concerned about, Sting is only going to add value and create awareness for guys like Darby Allin and others and bring that credibility.

The way that AEW is using legends, I think is a much better way than WWE uses legends. WWE uses legends to embarrass with an exception of a couple like Undertaker and a handful of others. Everybody else is kind of like you’re there to be humiliated, degraded in a way. That’s one of the reasons I think Big Show left WWE.

The difference between AEW and the way they use legends and WWE is night and day and I’m very grateful to AEW for the way they use legends. Not only because some of them I know and I’ve had the opportunity to be on the show and they’ve always treated me well on TV, but people don’t realize that guys like Sting and Big Show, they bring that 18-49 year old demo in.”

Despite not being used as a regular character, Eric Bischoff is appearing on AEW TV every now and then, and has recently revealed that he is open to continue doing so from time to time.

Also Read: Big Show’s First Match In AEW Announced For All Out 2021 PPV

Duke Droese wrestled for the World Wrestling Federation from 1994 till 1996, although with very little success, other than winning a Slammy Award in late 1994.

The Dumpster entered the 1995 and the 1996 edition of the 30-man Royal Rumble match, but didn’t even come close to winning either one of them.

He returned for one night in 2001, when he entered the famous Gimmick Battle Royal at WrestleMania X-Seven.