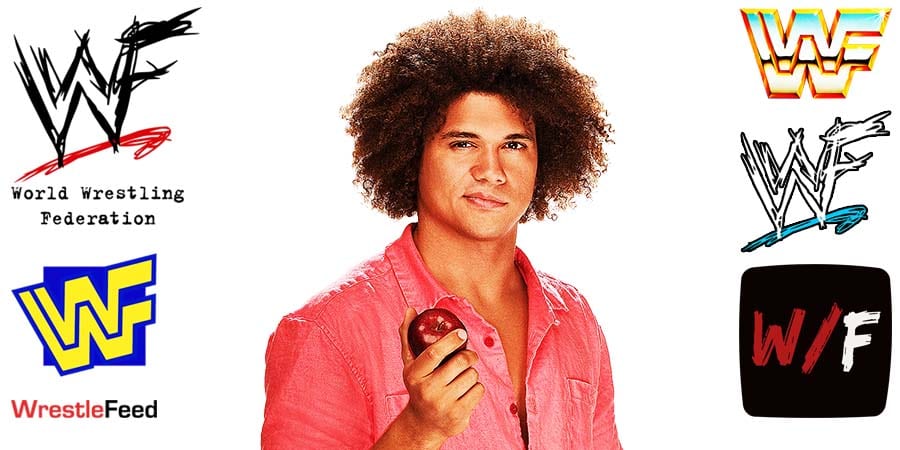 During a recent edition of his podcast, WWE Hall of Famer Arn Anderson was asked if Carlito was WWE Champion material during his first run in the company.

“For the big title? No, because he was a gimmick. Character. Entertaining character and I don’t think he would have had the dedication because he was a big kid, and he was having fun. That’s great if you are one of the troops.

But if you make him the champion, now he’s got early morning radio. He’s got media. He’s got all these appearances, which a lot of people don’t understand, you have to represent the company and the business in a way that people are going to look at it and go, ‘Damnn! That guy is a star. I just thought he was a wrestler.’

He knows what he is talking about. He is articulate. He is intelligent. Looks good in a suit. He is always on time for those early morning radio shows. A lot goes into being champion.”

Arn then said that Carlito looked good at the Royal Rumble and will get a new role in WWE:

“I thought he was a great guy to have on the card. He looked good at the Rumble, you know. Body looked really good. He hadn’t aged at all. I think he will probably land in some kind of a spot with that company because he looked, and he can still work.”

Speaking of Carlito, WWE Hall of Famer Jim Ross said the following about him last month on his podcast:

“He’s a good worker. His only enemy has always been his own motivation. He can be as good as he wants to be, so therefore some perceive that he might be a little unmotivated, a little lazy.

He wasn’t lazy in his interactions with the fairer $ex because he was a Hall of Famer in that area. If he kept his eye on the prize and wanted to go in and work, he was absolutely extraordinary.”

Also Read: “I had asked for my release 3 times. I just felt like a prisoner” – Carlito

This episode was broadcasted from the Rose Garden in Portland, Oregon and featured matches, interviews & storyline segments on the road to the ‘WWE No Way Out 2007’ PPV.

– Donald Trump Challenges Vince McMahon to a match at WrestleMania