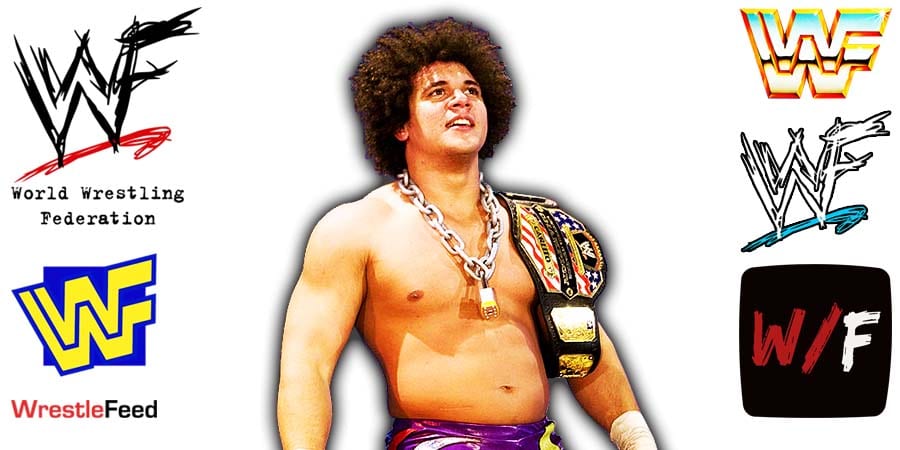 • “I had asked for my release 3 times. I just felt like a prisoner” – Carlito

On a recent episode of WWE’s After The Bell podcast, Carlito (formerly known as Carlito Caribbean Cool), who recently returned to the WWE as a surprise entrant in the 2021 Men’s Royal Rumble match, spoke about being released from his WWE contract in 2010 after working there since debuting in 2004.

According to him, that release was the best thing to have happened to him at that time, as it helped him to get healthy and back on track again.

Carlito looks great nowadays, actually much better than he did during his final 2-3 years in WWE.

Here’s what the son of WWE Hall of Famer Carlos Colon had to say during the interview:

“It was great, it felt like a heavy weight was lifted off my shoulders, I was my own boss, I could do my own thing.

I just didn’t like the way things ended. I didn’t expect it to take 10 years to get back but at least if I came back once, I just wanted to leave a better taste in someone’s mouth.

Bury the hatchet, everything is on the up and up, happy to be back and happy to be around. If that was my last time, I was glad to finally get a chance to come back and end things on better terms.

I’m more mature now, I’m very zen, I don’t have a chip on my shoulder. I’m not mad at anyone, I don’t have hate for anyone. Believe me, I have nobody I want to spit an apple in their face, unless I get paid for it.

I just remember being angry at the world, not being able to pinpoint where that anger was coming from. It was something I had to work through. Getting released from WWE was probably one of the best things that happened to me at that time because it was really what I needed.

I had asked for my release 3 times and I never got it. I just felt like a prisoner, it wasn’t just WWE. Back in the day I used to think it was WWE, but it was really just on me, stuff that I needed to work out.

That’s why I needed that time away, I don’t know if I needed 10 years but some time away.

That was always my goal, was to go away, take a breather and come back.

I was humbled by the response from everyone. Not only from the Rumble but even Legends Night when I didn’t show up.

All the messages and all the positivity, I was a little disappointed in Twitter cause there were no negative messages (laughs).

I just thanked them for still remembering me and enjoying when I come out there. If it’s the end, I’m actually in a good place and I’m happy with it.”