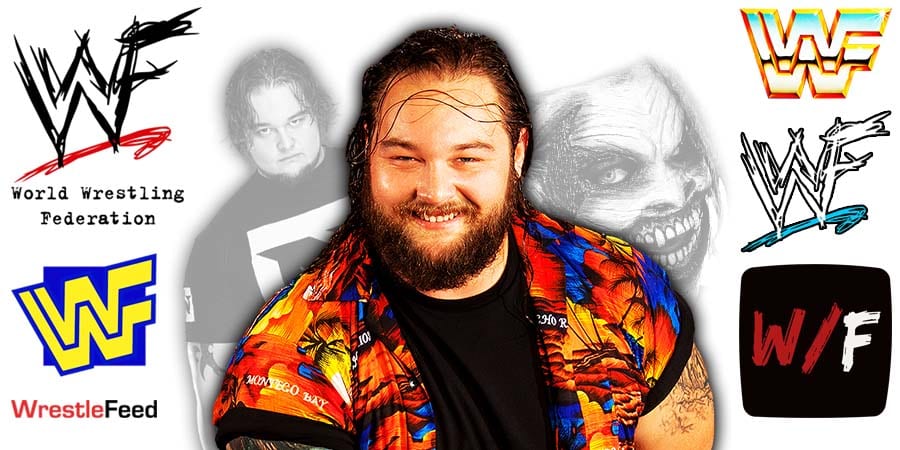 Former Universal Champion Bray Wyatt is back in the WWE and he has brought a new gimmick with him this time.

On last week’s SmackDown, Wyatt came out as himself and cut an emotional promo, but was interrupted by his new alter-ego.

On Busted Open Radio, WWE Hall Of Famer Bubba Ray Dudley warned WWE Officials to be careful with Wyatt’s character this time, and also explained the problems with The Fiend gimmick.

“It almost seems like Bray Wyatt coming out as Windham Rotunda, or Bray Wyatt, whatever you want to say, in his purest form, wanted to be good, wanted to bear his soul, but the voices in his head, the characters that he’s portrayed, just won’t let him. And that’s the road I think they’re going down.

Got to be careful though. With The Fiend, they painted themselves into such a corner where this guy was impervious to pain. They have to be able to have this depth of character in which Bray Wyatt can still wrestle a match and work a match.

My biggest fear for The Fiend was, what happens when the bell rings and the house lights go up. Now what? Now he’s just another pro-wrestler.

In a ring, you have this character that has so many layers. It’s so deep, but then once the bell rings, you’re a pro-wrestler and you gotta wrestle a match. And that’s where the disconnect came from me with The Fiend.”

It was LIVE from the Schottenstein Center in Columbus, Ohio and featured matches, interviews & storyline segments on the road to the ‘WWF Survivor Series 1999’ PPV.

– Viscera vs. The Godfather

– New Age Outlaws vs. The Acolytes