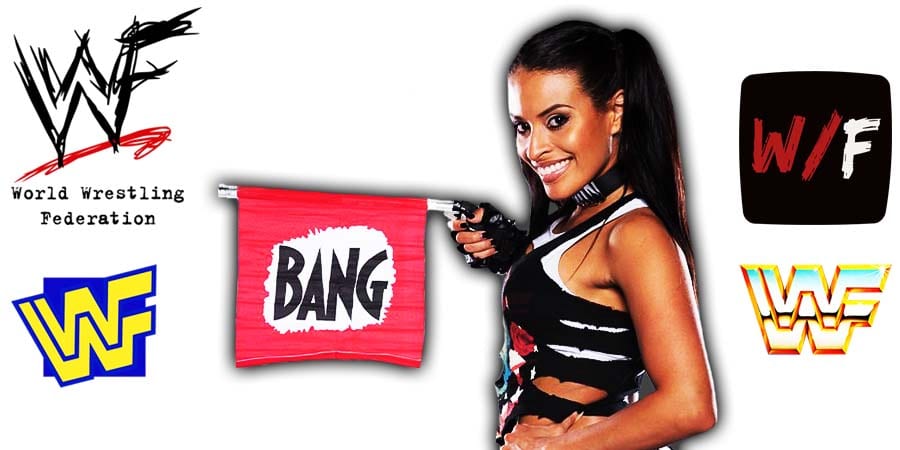 On a recent episode of SmackDown, Legado Del Fantasma made their WWE main roster debut.

When B-Fab of Hit Row stepped in the ring, she was attacked by the returning Zelina Vega, who is now a part of Legado Del Fantasma.

In NXT, Elektra Lopez was a part of this faction. According to the Wrestling Observer, there were plans for her to remain a part of the faction on SmackDown as well.

WWE even booked a ticket for her to come to Worcester (where LDF debuted on the main roster), but WWE changed their mind at the last minute.

This resulted in the 2021 Queen’s Crown Winner replacing Lopez in Legado Del Fantasma.

It was broadcasted from the Molson Centre in Montreal, Quebec, Canada and featured pre-taped matches & storyline segments on the road to the ‘WWF No Mercy 2001’ PPV.