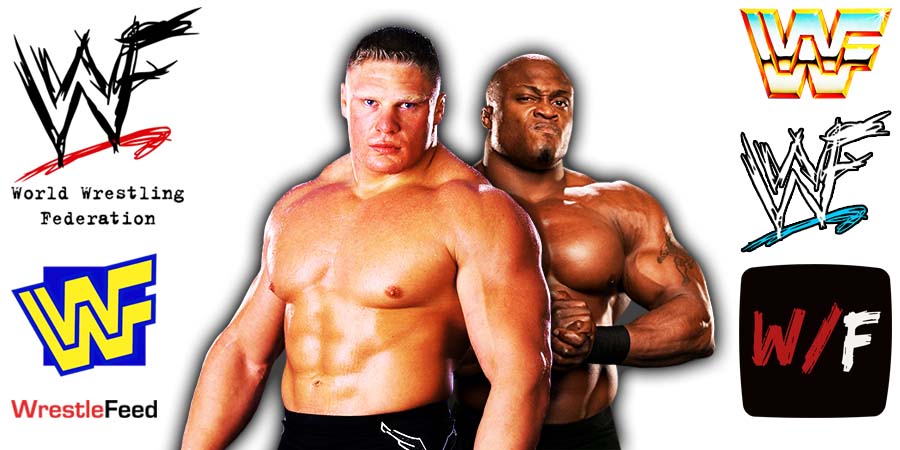 Last night’s episode of RAW kicked off with Bobby Lashley calling out Brock Lesnar for costing him the United States Championship last week. Brock come out and a brawl broke out immediately.

Former WWF/WCW writer Vince Russo wasn’t impressed with how this segment was written, and said the following on SK Wrestling’s Legion Of RAW podcast:

“They kind of empty the locker room to pull Lashley off. If this were happening as a shoot, it would not be the end of it just because we’re going to commercial and we need to go on to something else.

It would not be the end of it. If this was a real out of control brawl that opened up the show, we wouldn’t go on to ‘oh, here is what’s on the rest of tonight’s show’ and then totally ignore that.

We would go back to Bobby [Lashley], we would go back to Brock. Once Brock comes to his senses he would be looking to get back at Bobby. I hate it when they do that. You have got to write this show like this stuff is actually happening.

It’s horrible. I don’t know… when you’ve got Brock Lesnar in the building, who flew in to be on this show, biggest star of the brand without a shadow of a doubt… and you’re not using him throughout the show? I don’t get it. I just don’t get it.”

Do you agree with Russo? Do you think WWE should’ve booked this brawl similar to the one Undertaker & Lesnar had before SummerSlam 2015, where they brawled again backstage as well?