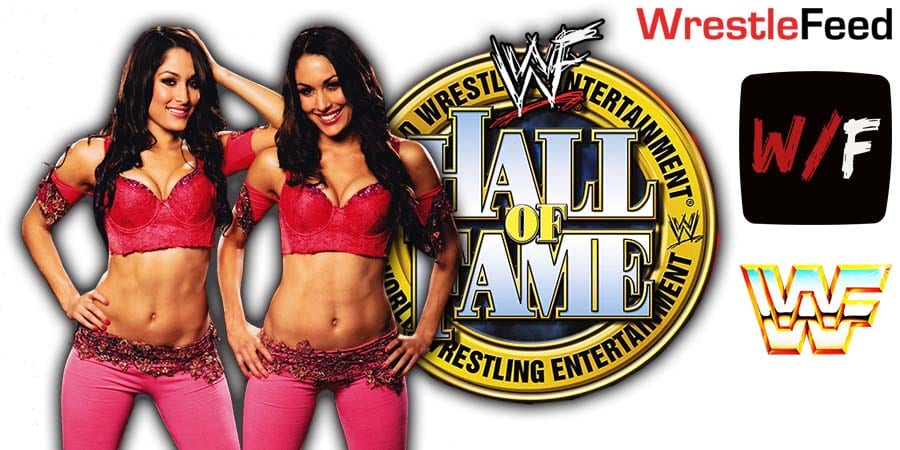 According to the Wrestling Observer, The Bella Twins are scheduled to return to in-ring action in WWE in the fall of this year.

Before the former Divas Champions, Nikki & Brie, make their return to the ring, they’ll be inducted into the WWE Hall of Fame on April 6th.

Nikki noted on The Bellas Podcast a while back that she wants to team up with Brie for one last run and go after the WWE Women’s Tag Team Championship.

That’s one thing I really want to do before I hang up the Nikes for good. I at least want to do that one last run.

I guess I have been talking about this run as if I am cleared, which I am not cleared to wrestle.”

It’ll be interesting to see how Nikki manages to get cleared to wrestle. Back in 2019, Nikki announced that a cyst was found in her brain, which ended her in-ring career.

Nikki & Brie wanting to compete for the Women’s Tag Team Titles is understandable, as that Championship was introduced after they had their last match.

It was broadcasted from the Providence Civic Center in Providence, Rhode Island and featured pre-taped matches, interviews & storyline segments on the road to the ‘WWF WrestleMania X-Seven’ PPV.