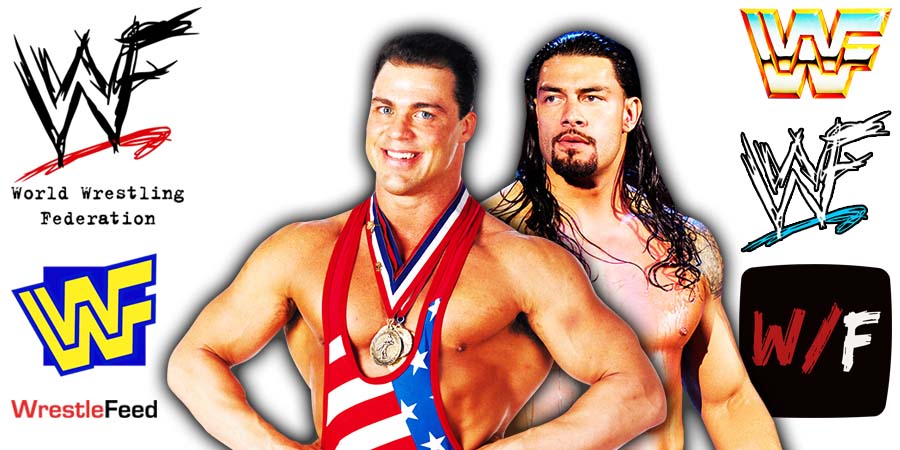 WWE began pushing Roman Reigns in the main event scene immediately after The Shield broke up in the summer of 2014.

Soon after that, reports came out that WWE wants Roman to be the next “Face Of WWE” after John Cena and that he’s going to main event WrestleMania 31, where he was originally scheduled to defeat Brock Lesnar to win his 1st WWE World Heavyweight Championship.

However, all these reports and WWE trying to book Reigns exactly like Cena didn’t turn out in his favor and he wasn’t getting cheered as a babyface (despite being a top merch seller, exactly like Cena).

Reigns eventually turned heel in 2020 and is having the best run of his career right now.

During a recent interview on The Player’s Experience, WWE Hall Of Famer Kurt Angle talked about Roman Reigns’ main event run in WWE.

“I think what he did is he went through his lumps.

In other words, the company was pushing him when he probably didn’t deserve it, but he stepped up to the challenge and he overcame it and he actually did better than everybody expected him to, and he became the best athlete in the business, the best wrestler in the business.”

Roman is currently having the longest World Title reign in WWE of the last 35 years.