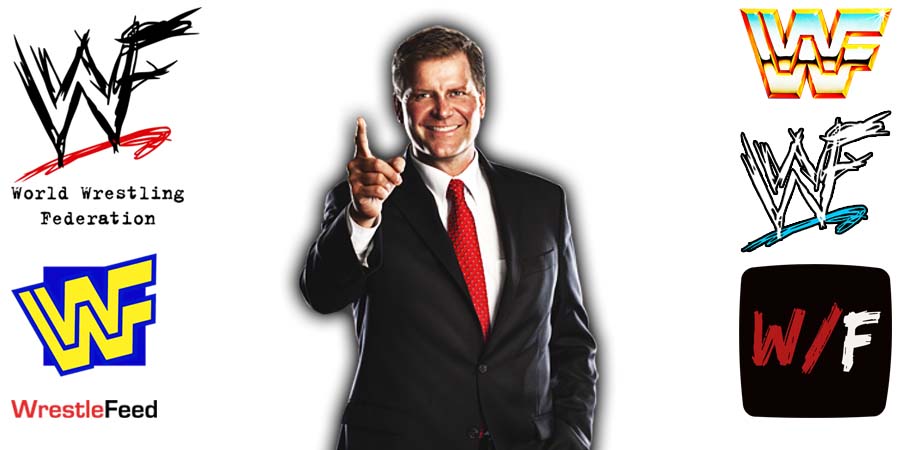 As we reported before, long time WWE Head of Talent Relations John Laurinaitis was fired from the company, after his alleged involvement in the hush money / s*xual misconduct scandal.

On the latest episode of his weekly ‘Hall of Fame’ podcast, 2-time WWE Hall Of Famer Booker T ended up praising ‘Big Johnny’ for his backstage work over the years, by saying the following:

“Laurinaitis, I give the dude a whole lot of credit for making me a much better performer.

He was very, very instrumental in my career and making me challenge myself to think a whole lot more and to be better.

So, yeah man, sad day for me. I’m sad to see Laurinaitis step down. I really am.”

During his 1986-2000 active professional wrestling career, Laurinaitis wrestled for several territories (including Championship Wrestling from Florida, Jim Crockett Promotions and All Japan Pro Wrestling) under the name ‘Johnny Ace’.

Johnny’s brother Joe (better known as Road Warrior Animal of The Legion of Doom) passed away on September 22, 2020.

Their biggest claim to fame though, was their World Wrestling Federation debut, when they entered the 1996 Royal Rumble match as “The Squat Team” consisting of Squat Teamer 1 & 2.