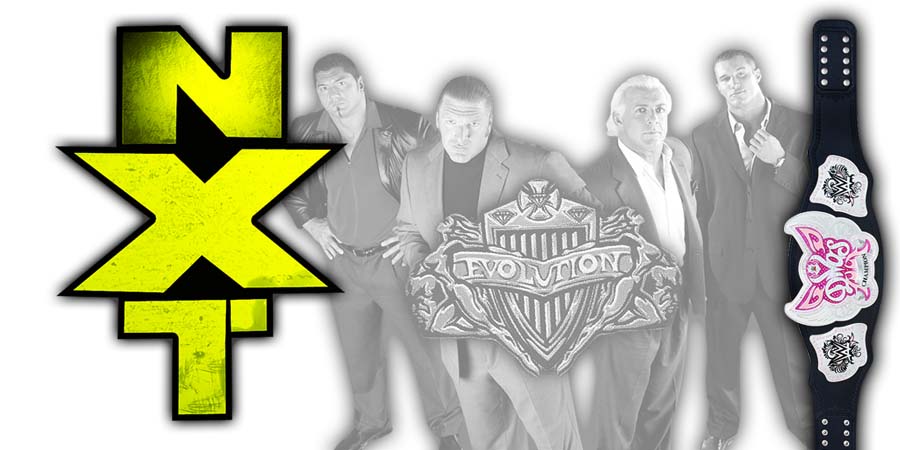 – The Barbarian vs. Reno Riggins

– Power and Glory vs. Red Tyler and Kevin Kruger

“During a scrap outside the ring, The Queen of Spades was dumped over the barricade and into the front row by Kairi Sane, where the women of NXT were watching. This was a mistake.

Among the individuals Baszler had collided with were Marina Shafir and Jessamyn Duke, two of Baszler’s fellow Four Horsewomen of MMA. Unwilling to let this slight slide, they quickly got involved, grabbing Sane by the hair, cutting off her momentum as she went to attempt the InSane Elbow, and, in Duke’s case, landing a cheap shot that sent The Pirate Princess stumbling into a Kirifuda Clutch that did its work and put her to sleep to give Baszler the victory.

While Sane stirred back to consciousness, The Queen of Spades embraced Duke and Shafir outside the ring, walking back up the ramp with her friends at her side and her title in her clutches. Clearly, she was under no illusions as to why and how she reclaimed the NXT Women’s Title. She also didn’t care.”

This heated rivalry continued backstage when Sane tried to confront Baszler, but was stopped.