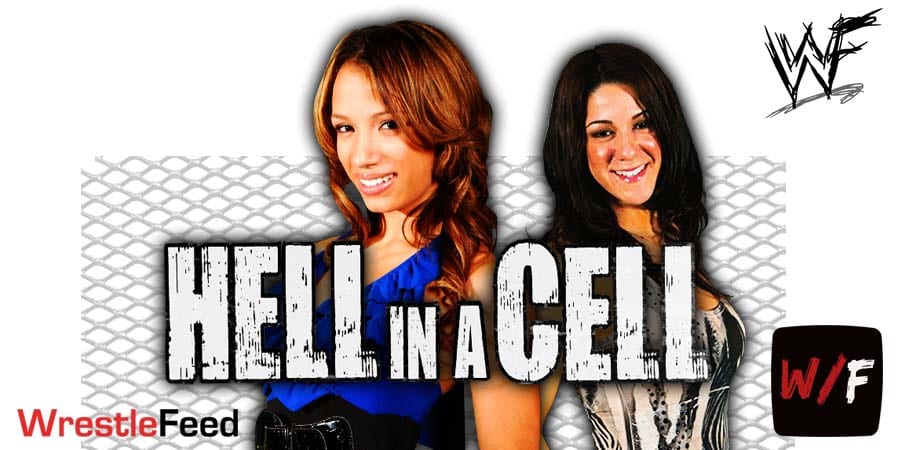 Up next is the 3rd ever Women’s Hell in a Cell match, and it is for the SmackDown Women’s Championship.

“The Boss” Sasha Banks makes her way out first, followed by the record-setting champion, Bayley.

Bayley has been the SmackDown Women’s Champion for 380 days straight.

Sasha manages to throw Bayley’s Steel Chair out just moments before the Hell in a Cell structure was completely lowered.

Next-level strategy from @SashaBanksWWE right off the bat. #HIAC pic.twitter.com/DdvLyRECbI

Sasha is dominating the match due to her having more experience in this match.

Sasha hits a sunset flip powerbomb on Bayley from the ring apron to the cell wall!

Bayley sends Sasha face-first and head-first into a Steel Chair and hits a flying elbow drop to go for the cover, but Sasha kicks out.

Sasha hits a back-breaker and locks in the Bank Statement, but Bayley breaks the hold by sliding out of the ring.

Bayley takes out Sasha with 3 Kendo Stick shots! Sasha blinds Bayley by spraying the fire extinguisher in her face! Bayley is banging on the cell door to open it, and the door was slightly open to get her steel chair in.

Sasha catches her and whips her in the cell wall multiple times and slaps her while saying “you’re nothing without me”.

Sasha is now beating the crap out of Bayley with several kendo stick shots!

"YOU MADE A BIG MISTAKE, BAYLEY!"

Sasha goes for the Frog Splash, but Bayley managed to get the steel chair on top of her, and now both of them are in pain.

Bayley brutally sends Sasha face-first on the floor outside and still can’t put her away.

Bayley has now taken out a ladder from underneath the ring. Bayley lays down Sasha on top of a ladder and sprays black paint on her, goes to the top rope with a steel chair and jumps, but misses.

Bayley hits a Bayley-To-Belly suplex and goes for the cover, but Sasha kicks out.

Sasha sends Bayley face-first on a steel chair, wraps the steel chair arounds her neck and locks in the Bank Statement and kicks repeatedly in her face to make Bayley tap out!

Sasha Banks def. Bayley (c) in a Hell in a Cell match to win the SmackDown Women’s Championship 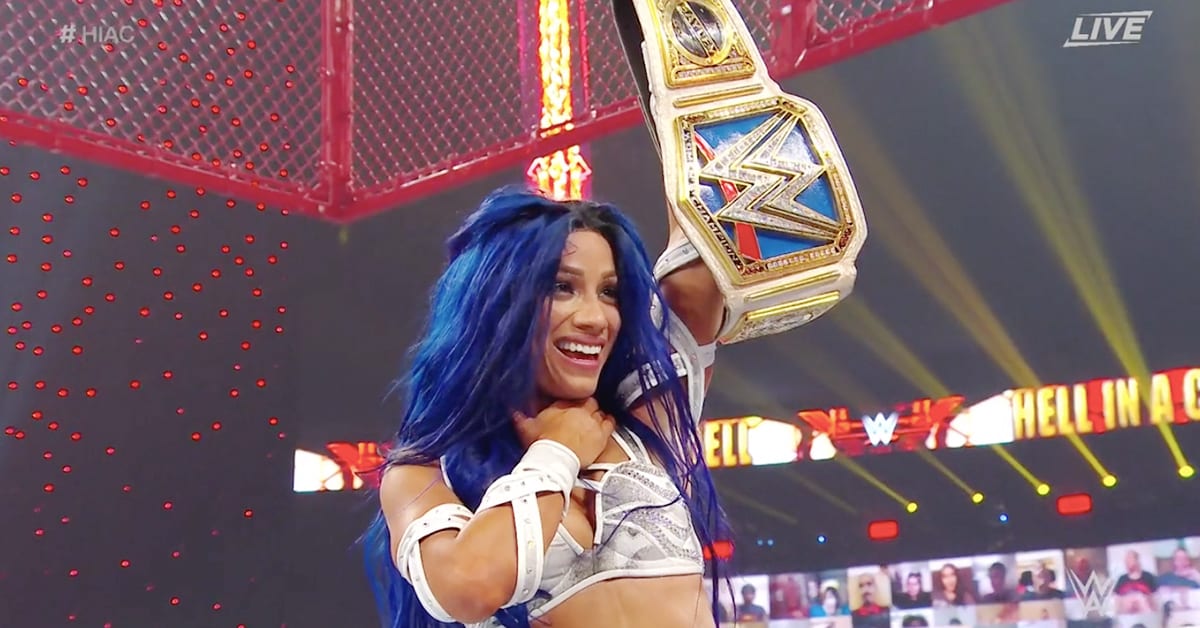 Bayley’s title reign ends at 380 days. This is Sasha’s first-reign with the SmackDown Women’s Championship