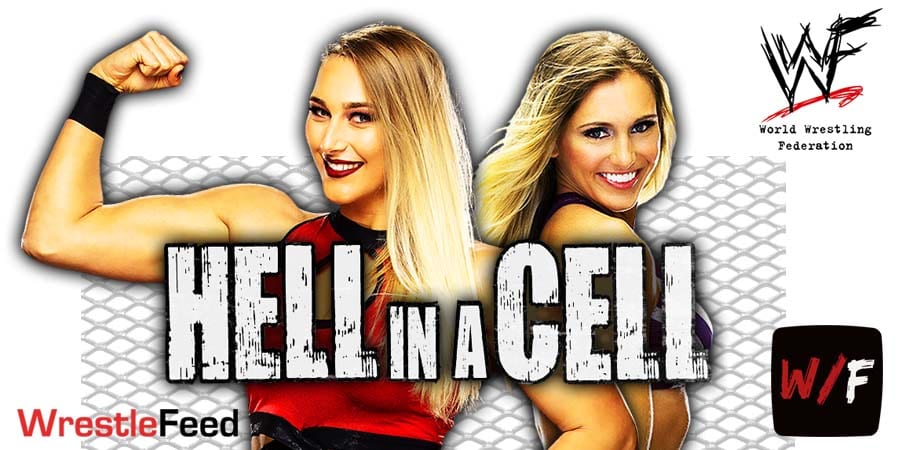 This is part 4 of our Hell In A Cell 2021 live coverage (tap here for results from earlier tonight).

We are getting another WrestleMania 37 rematch up next, as Kevin Owens takes on Sami Zayn.

Zayn managed to defeat Owens after hitting the Helluva Kick as Owens was already hurt heading into this match, after being assaulted by Commander Azeez on Friday Night SmackDown.

Up next is the co-main event of the evening and it is for the RAW Women’s Championship.

“The Queen” Charlotte Flair makes her way out first, followed by the champion, Rhea Ripley.

Before the match could begin, Charlotte snatched the Title out of the referee’s hands and tossed it at Ripley. Ripley caught the Title belt, but Charlotte then laid her out with a forearm shot.

A few minutes into the match, Charlotte hits Rhea with the Natural Selection and goes for the cover, but Rhea kicked out.

Ripley hits Charlotte with the Riptide and went for the cover, but Charlotte managed to put her leg on the bottom rope to break the pinfall attempt.

Ripley smashed Charlotte’s head against the announce table and the referee calls for the bell.