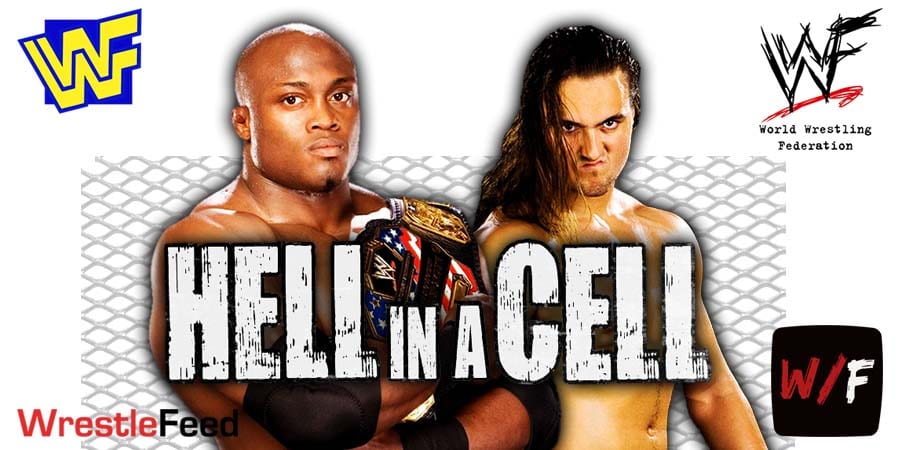 Up next is our main event of the evening, and it is a Hell in a Cell match for the WWE Championship.

Drew McIntyre makes his way out first, followed by the All Mighty WWE Champion, Bobby Lashley.

This is McIntyre’s last chance, because he won’t get another WWE Title match against Lashley if he loses tonight.

The match begins and Lashley immediately starts searching for a weapon underneath the ring, but McIntyre stops him and gives him a taste of the Cell walls.

Simply doing whatever it takes. #HIAC

After brutal back & forth action, McIntyre went to attack Lashley with a Steel Chair, but Lashley pushed him into the referee and the referee is down.

Drew lays out Bobby with the Future Shock DDT, but there’s no referee to count the pin.

Drew hits the Claymore Kick on Lashley and the new referee enters the Cell to count the pinfall, but MVP pulled the referee out of the ring.

Now MVP is locked in the Cell and Drew gets his hands on him. McIntyre lays out MVP with a Claymore Kick.

Lashley has locked in the Hurt Lock outside the ring now, but McIntyre keeps stepping back and puts Lashley through the table.

McIntyre hits Lashley with multiple chair shots and goes for a Claymore Kick but misses and lands hard on his back. Lashley puts McIntyre through a Table outside the ring off the ring apron!

McIntyre gets back into the fight with a Glasgow Kiss and Future Shock DDT. He’s looking to land a Claymore Kick, but MVP holds Drew’s feet.

This leads to Bobby pinning Drew with a roll up.