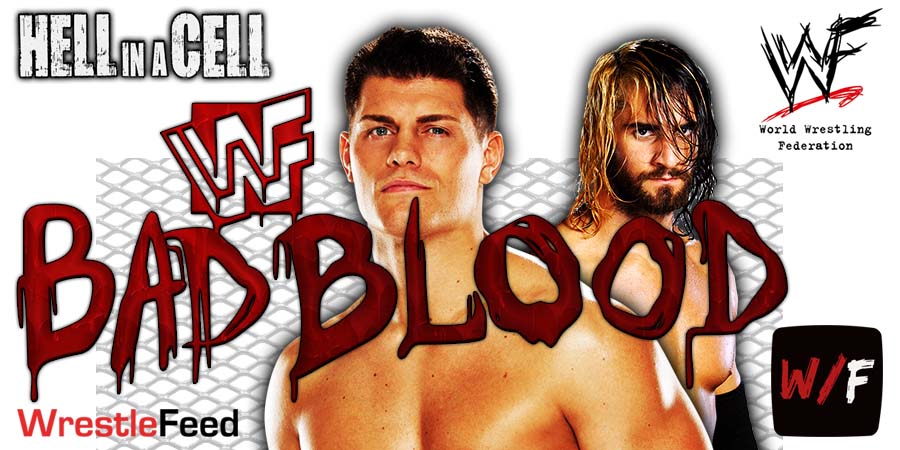 Up next is the main event of the evening and it is a Hell in a Cell match.

Cody came out next and he can’t raise his arm during his entrance. He then removes his robe and you can check out the extent of his injury in the photo below:

WWE issued the following update on Cody’s injury during the Kickoff Show:

The match begins and Cody is only using his left arm as he can’t use the right one.

Seth is taking full advantage of Cody’s injury and hitting him with Kendo Sticks in the injured area.

Rollins sets up Cody on a Table and goes for a Frog Splash, but Cody gets out of the way and Rollins goes through the Table.

Later in the match, Rollins powerbombed Rhodes through a Table set up in the corner.

Rollins brings a Sledgehammer in the ring, but Cody hits him with a Pedigree!

Cody hits Rollins with 2 back to back Cross Rhodes and then hits him in the head with Sledgehammer to pick up the win!

Cody Rhodes def. Seth Rollins in a Hell in a Cell match

Cody Rhodes ends his feud with Seth Rollins with a victory inside Hell in a Cell. #HIAC pic.twitter.com/oLTS4fsu6x