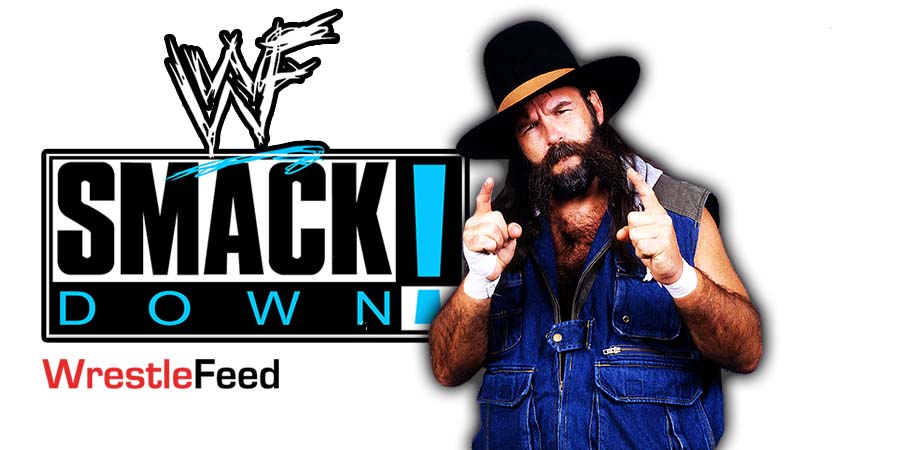 During a recent episode of SK Wrestling’s Smack Talk, former WWF Manager Dutch Mantell talked about Goldberg’s return and explained why he isn’t a fan of the WCW Legend.

Below is what Mantell said:

“I liked [the opening segment of SmackDown] till Goldberg showed up. That’s when it went to hell in a handbasket.

He doesn’t talk, he just stands there, and grimaces and does his eye [gesture], and I’m saying, ‘Damn, he’s got some mental problems from when I was listening to him.’”

Also Read: “He is fighting him because he is scared of what I’d do to him” – WWF Veteran On Goldberg Challenging Roman Reigns

This episode was pre-taped at the Staples Center in Los Angeles, California and featured matches, interviews & storyline segments on the road to the ‘WWF No Way Out 2002’ PPV.

2. Maven vs. The Undertaker

4. Goldust vs. The Godfather