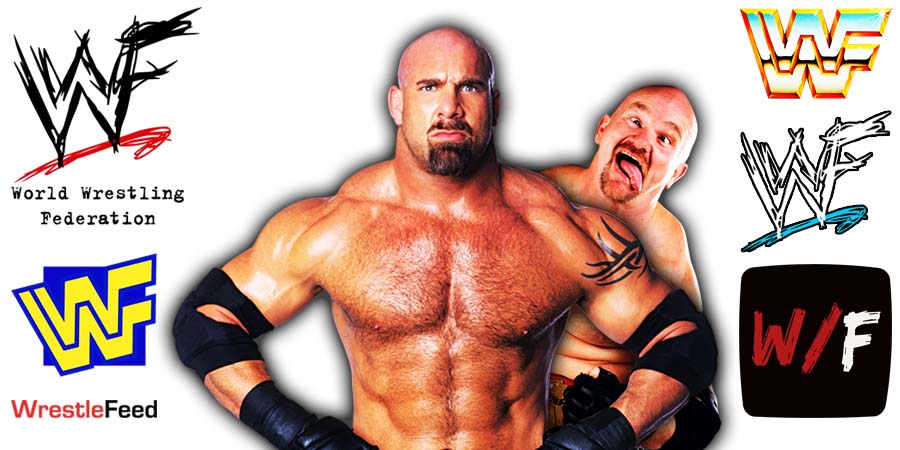 WWF Veteran Gillberg (who’s a parody character of Goldberg) wasn’t happy with Goldberg choosing Reigns as his next opponent, and made the following tweets:

“He needs to wrestle me that chicken.”

“He is fighting him because he is scared of what I’d do to him.”

“He doesn’t like me at all. I can’t say for sure, but that’s why I don’t have action figures, I don’t have T-shirts, I’m not in the video games…somebody has a thumb on top of me.”

During the “Hollywood Rock” episode of Season 2 of WWE Network show “Ruthless Aggression”, Goldberg gave his opinion of Gillberg:

“I hated the Gillberg thing in the beginning. I just absolutely hated it. I wanted to rip the guy’s face off. I wanted to really kill him. But that means it worked.”

This episode was pre-taped in Corpus Christi, Texas and featured matches, interviews & storyline segments on the road to the ‘WCW SuperBrawl VIII’ PPV.