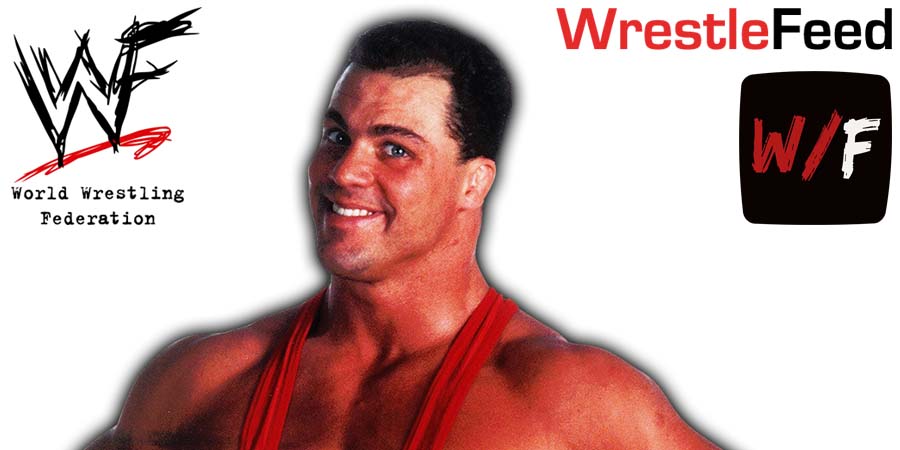 During a recent episode of his podcast, WWE Hall Of Famer Kurt Angle talked about John Cena and his backstage behavior.

“He wasn’t brash or quiet, but he got along with everybody. Like I said before, he was really respectful and greeted everybody when he came into the room. You know, he was just a nice kid.

You know what? He’s almost as close to perfect as there is, to be honest with you.

He’s the kind of guy I’d want my daughter to date (laughs).”

Angle also recalled his 1st ever conversation with Cena:

“It was the day I wrestled him. His debut match. He came up to me very respectfully and said, ‘Hello, Mr. Angle, I’m John Cena. It’s a pleasure to meet you. I’m going to be working with you tonight. It’s going to be an honor to get into the ring with you.’

Very good kid. Very respectful. I absolutely loved him from the get-go.”

Also Read: “John Cena wasn’t as great of an athlete as a lot of the other wrestlers, but…” – Kurt Angle

After years in Mexico & Japan, Vampiro first made a name for himself in the United States when he wrestled for Ted Turner’s World Championship Wrestling from 1998 until the company was sold to the World Wrestling Federation in March of 2001.

On August 13, 2000 during the WCW New Blood Rising PPV, The Great Muta and him defeated KroniK to win the WCW World Tag Team Championship, a title they lost to the Filthy Animals the next night on Nitro.