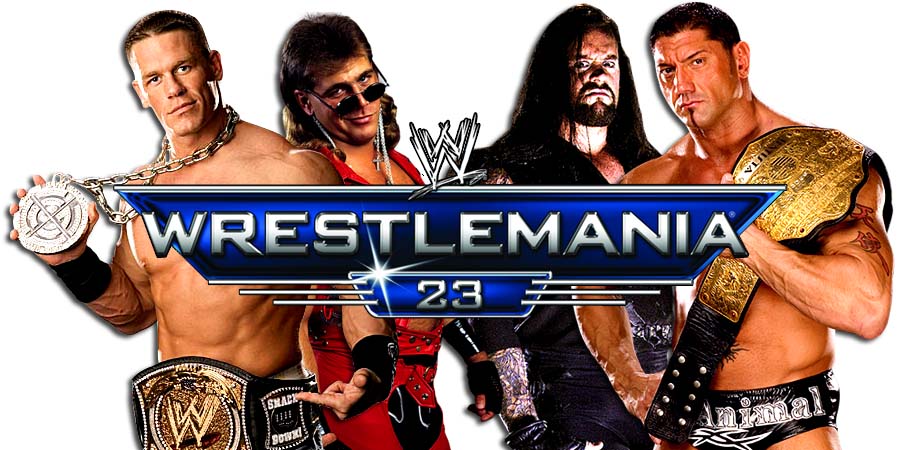 On this day in Pro Wrestling history on April 1, 2007, WWE WrestleMania 23 took place.

During this show, The Undertaker defeated Batista to capture the World Heavyweight Championship and go 15-0 at WrestleMania, John Cena defeated Shawn Michaels in the main event to retain the WWE Championship and Mr. McMahon lost the “Battle of Billionaires” to Donald Trump (Vince was then shaved bald).

Below are the results from WrestleMania 23:

You can watch the highlights from WrestleMania 23 in just 60 seconds below:

Below are some new photos & videos of WWE’s backstage interviewer, the beautiful Charly Caruso: