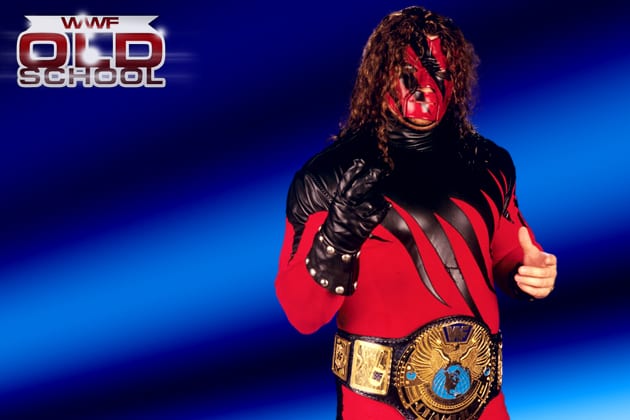 There have been only 3 men in the long illustrious history of the company that have held the most prestigious gold while sporting a mask. This is because this techinique is not marketable and probably not “Best for Business”.

Kane was the first ever wrestler to do that in WWF history when he defeated Stone Cold Steve Austin in a First Blood Hell in a Cell match at King of the Ring PPV in 1998 and won his first & only WWF Title.

The second wrestler to accomplish this rare achievement was Mick Foley. Mick Foley, under his Mankind attire, defeated The Rock on the January 4, 1999 edition of WWF Raw is War to capture his first WWF Championship. He went on to win the title 2 more times. Mick Foley is now in the WWE Hall of Fame.

Rey Mysterio is the last man till this date to have won the WWE Championship while sporting a mask. He defeated The Miz on an episode of Monday Night Raw in 2011 to win the title but lost the title on the same night to John Cena.

So here’s a tip for the young guys, if you want to be the man, then you gotta remove the mask first (and ofcourse, you gotta beat the man!).