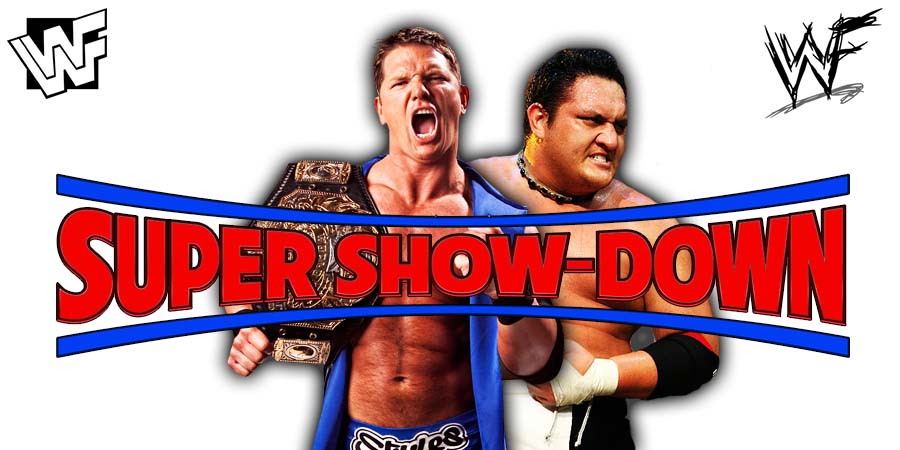 – The Powers Of Pain vs. Rusty Riddle & Gene Ligon

As seen at Hell In A Cell 2018, “The Phenomenal” AJ Styles managed to retain the WWE Championship against Samoa Joe, but it was later shown in the replay that Styles actually tapped out to Joe’s Coquina Clutch.

Styles will defend the WWE Championship against Joe once more and it will be at WWE Super Show-Down on October 6th.

According to PWInsider, their match at WWE Super Show-Down is expected to be a Last Man Standing match and Joe is finally expected to become the WWE Champion by winning this match.

If this happens, this would be the first time the WWE Championship would change hands in Australia.