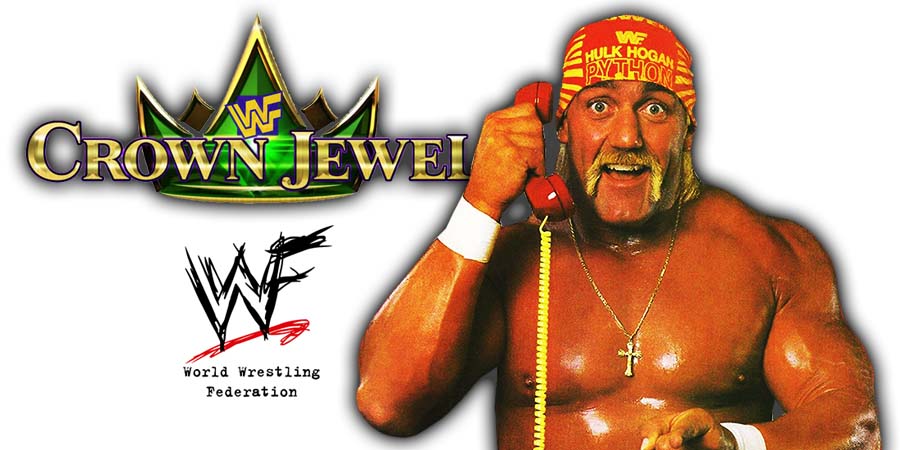 According to The Dirty Sheets, WWE Hall of Famer “The Immortal” Hulk Hogan has accepted an offer to return to WWE programming at next month’s WWE Crown Jewel PPV in Saudi Arabia on November 2.

As we all know by now, Shawn Michaels will be coming out of retirement for a match at this event.

Hogan made his last WWE PPV appearance back in 2015 at WrestleMania 31.

Hogan is rumoured to present the WWE World Cup trophy to the winner of the tournament at WWE Crown Jewel PPV.