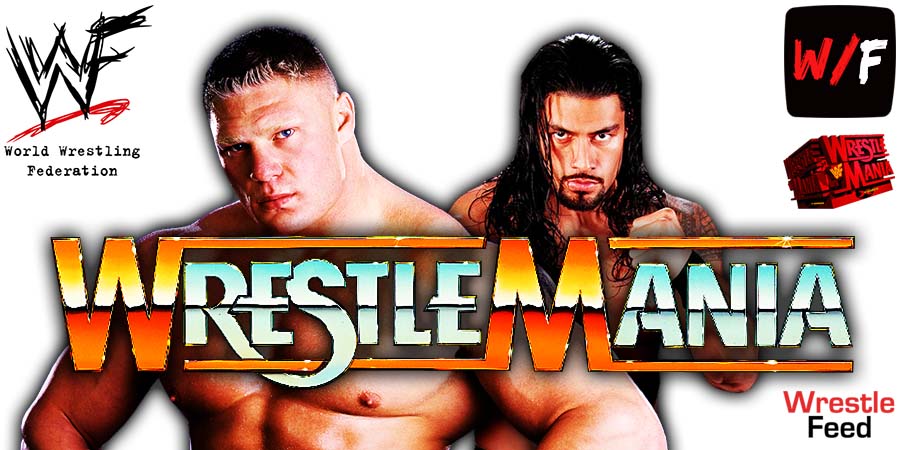 Justin Barrasso of Sports Illustrated provided the following spoiler updates ahead of the Saudi show:

– Brock Lesnar is scheduled to win the WWE Championship this Saturday in his first ever Elimination Chamber match.

– Roman Reigns is scheduled to defeat WWE Hall Of Famer Goldberg to retain the Universal Championship to continue his record-setting reign.

– Main Event of Night 1 of WrestleMania 38 will be Charlotte Flair (c) vs. Ronda Rousey for the SmackDown Women’s Championship.

– Main Event of Night 2 of WrestleMania 38 is scheduled to be Roman Reigns (c) vs. Brock Lesnar (c) with both the Universal Championship & the WWE Championship on the line.

– WWE Officials see Austin Theory as a future WWE Champion, but obviously not right now as he debuted just a few months ago and is only 24 years old.

– Hulk Hogan vs. The Masked Superstar