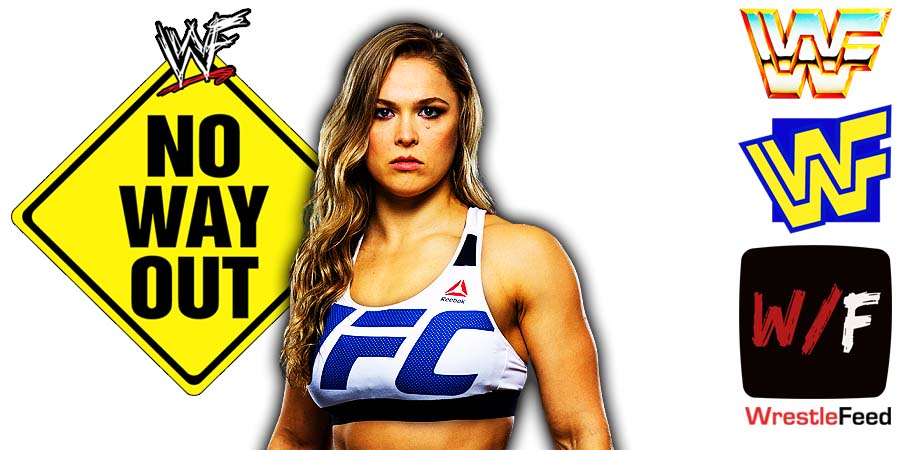 Sonya Deville noted that Ronda Rousey once said Rousey can beat her with one arm tied behind her back, so she put that in the stipulation of this match.

Ronda agreed to the stipulation and then Naomi kicked Deville in the head and they threw the table at them to end the segment.

Below is the updated match-card for Elimination Chamber 2022:

On this day in 1989, we lost Old School Wrestling Legend Mildred Burke (Real name: Mildred Bliss) at the age of 73 due to a stroke.

Mildred, who wrestled during the 30s, 40s & 50s, is widely considered one of the greatest female professional wrestlers in the history of this sport.

Burke used to be the NWA World Women’s Champion for almost twenty years.

In 2016, she was posthumously inducted into the WWE Hall of Fame as part of their annual Legacy wing inductees.