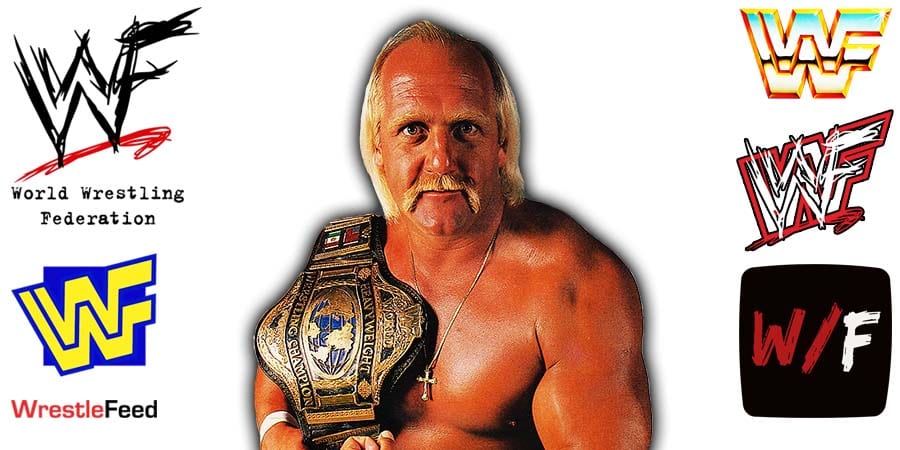 • Hulk Hogan Accused Of Getting WWF Booker Fired In 1986

Mario Mancini, who is best remembered for being a jobber on all the weekly syndicated & cable WWF TV shows between 1984 and 1991, was recently interviewed on the Cheap Heat Productions podcast, where he accused none other than ‘The Immortal’ Hulk Hogan of getting WWF booker George Scott fired in 1986.

Everything Mancini said should be taken with a grain of salt though, as enhancement talents like him were usually kept in separate locker rooms and never had to attend any meetings or stay around when WWF Superstars were filming promos and stuff like that, so their knowledge about what happens behind the scenes is very limited to say the least.

Here’s what Mancini had to say:

George Scott got fired because he wanted to put the strap on Randy Savage right away. Hogan, he went, and he pitched and bitched to Vince, and Vince fired George and brought in Pat.”

George Scott (not to be confused with WWF/WCW Jobber George South) was a Canadian Athlete, who wrestled professionally from the 1940s until 1981 and later assisted WWF promoter Vince McMahon with organizing and booking events for the World Wrestling Federation between 1983 and 1986.

With that being said, Mancini’s claim that Scott was “the booker” isn’t fully accurate, because there was no such thing as ‘the booker’ in the WWF back then (nor until Vince’s recent retirement) as McMahon always had the final word on everything.

Also Read: “That son of a b*tch, he’s gonna k*ll me!” – Hulk Hogan Was Afraid Of WWF Legend After A Drinking Incident