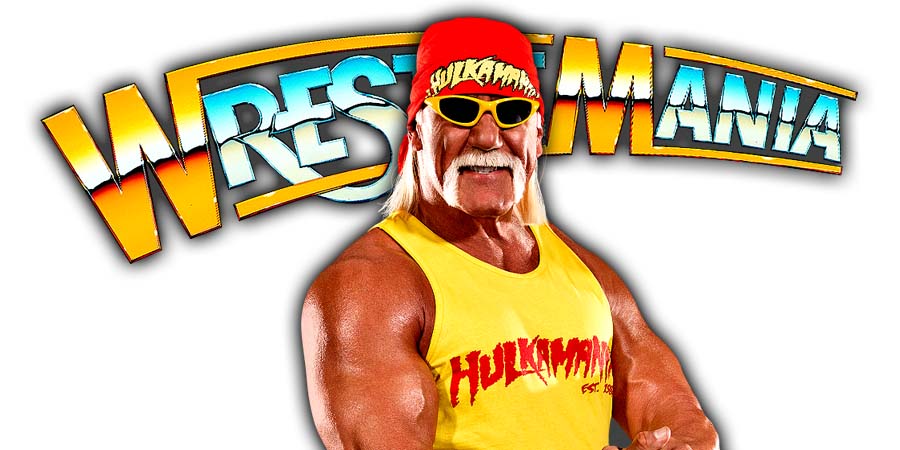 This episode was pre-taped at the Georgia Mountains Center in Gainesville, Georgia and featured matches, interviews & storyline segments on the road to the ‘WCW Halloween Havoc 1993’ PPV, which aired later on the same day.

While confirming his WWE Crown Jewel status, Hogan also noted that a lot of plans are in works and he’s looking forward to a WrestleMania 35 appearance.

Below is what Hogan said during an interview with the Orlando Sentinel:

During this interview, Hogan was also asked what he would like to do when he returns to WWE and below is what Hogan said:

“This is a total ego trip, but this is what I would love: To be the hood ornament of the WWE, to be the Babe Ruth of the WWE, and to always be around when any of the big stuff is going on.

I sure would love to be a part of the WrestleManias and the big events and the grand openings and the new conquests of the WWE. Saudi Arabia! Hong Kong! China! Antarctica! The North Pole! Whatever it is, I’d like to be part of the ongoing growth of the wrestling business, and be with WWE the whole time, that’s the only place to be.”

With that being said, the nWo (Hulk Hogan, Scott Hall & Kevin Nash) might get inducted into the WWE Hall of Fame in 2019.

Reddit user thegumpguy recently met Kevin Nash at the Gump City Con in Mobile, Alabama and Nash told him that they’re doing the upcoming nWo reunion event to generate interest for a future WWE Hall of Fame induction for the group.

Below is what the fan who met Nash wrote:

“No line at his booth, so I had plenty of time to talk to him, even gave him a cigar. He did a Q&A panel and discussed the upcoming nWo reunion and how it’s just a bunch of Q&A parties to gauge interest for inducting them into the Hall of Fame.”

It should be noted that this induction could happen as soon as next year as they want to somehow re-introduce the Hulkster to WWE programming (which they are doing at the WWE Crown Jewel PPV) and in the front of their US live audience.

WWE has been promoting their upcoming nWo reunion event on their website & social media accounts and you can check out the promos below:

The #nWo reunion is only ONE WEEK AWAY! Get the details so YOU don't miss out at https://t.co/hSS8wAJZ87! #nWo pic.twitter.com/EJmJjbpwSm

There's a once-in-a-lifetime reunion happening in Orlando on October 27. Will YOU be there? Get all the details at https://t.co/hSS8wAJZ87. #nWo pic.twitter.com/aYWd1PxuI6

If these 3 legends get inducted into the WWE Hall of Fame as a group, then they will join Ric Flair as the only 4 men in WWF/E history to be 2x Hall of Famers!