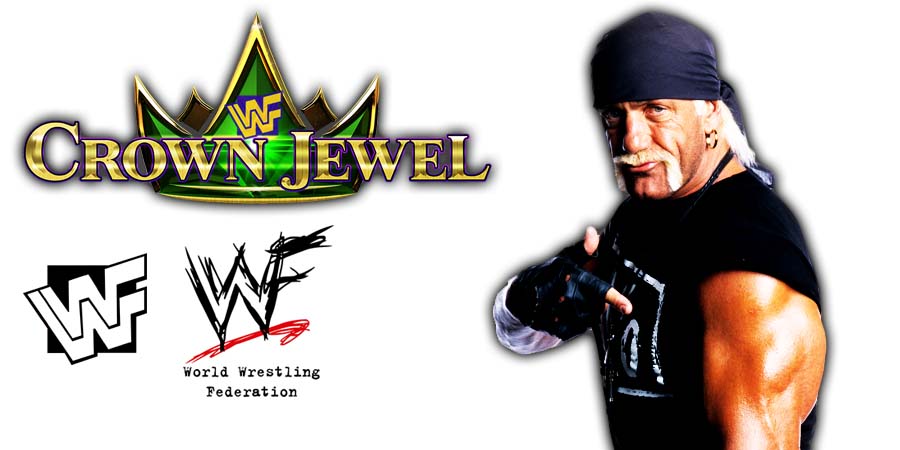 • Hulk Hogan Arrives With Another WWF Legend In Saudi Arabia

Hogan has now arrived in Saudi Arabia, but he didn’t come alone. According to PWInsider, Hogan is accompanied by fellow WWE Hall of Famer “Mouth Of The South” Jimmy Hart.

As we noted before, Hulk Hogan is going to be the host of WWE Crown Jewel PPV.

You can check out the epic set for WWE Crown Jewel PPV in the video below: