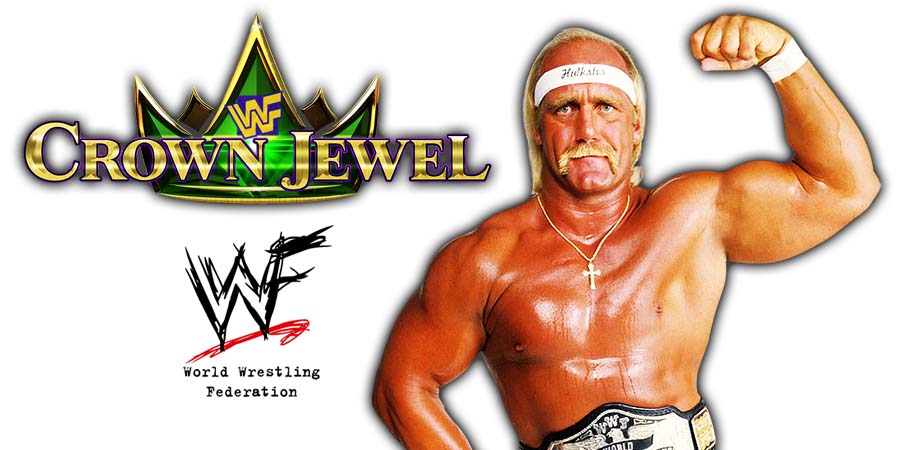 This episode was pre-taped at the Georgia Mountains Center in Gainesville, Georgia and featured matches, interviews & storyline segments on the road to the ‘WCW Battlebowl 1993’ PPV.

As we noted before, WWE Hall of Famer Hulk Hogan revealed that he’ll appear at WWE Crown Jewel PPV during an interview with Orlando Sentinel.

WWE then confirmed Hogan’s return as well by adding him to the WWE Crown Jewel events page on their website.

While he was removed from the event page, WWE has now confirmed to multiple sources that Hogan will indeed be a part of WWE Crown Jewel.

As a matter of fact, Wrestlinginc reached out to WWE to get information regarding Hogan’s status for the event and WWE revealed that the Hulkster will be the host of WWE Crown Jewel this Friday.

Hogan made his last live WWE PPV appearance back in 2015 at WrestleMania 31.