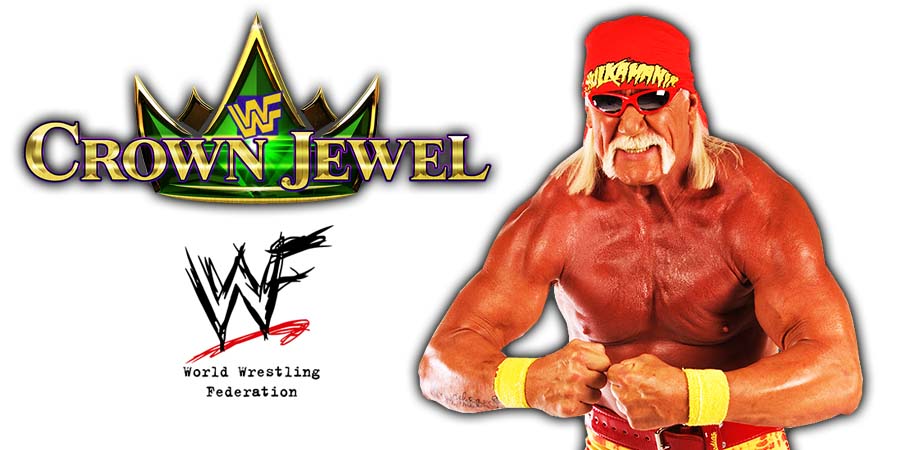 As we noted before, WWE Hall of Famer Hulk Hogan revealed that he’ll appear at WWE Crown Jewel PPV during an interview with Orlando Sentinel.

WWE has now confirmed Hogan’s return as well as they have added him to the WWE Crown Jewel events page on their website.

Hogan is expected to present the WWE World Cup trophy to the winner this Friday.